TEHRAN, January 23 -The dollar edged higher on Tuesday as some investors judged that its recent decline to a three-year low may be coming to a close amid growing concern over the U.S. stance on global trade. 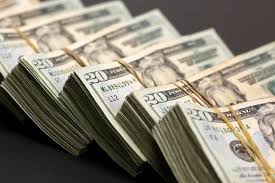 TEHRAN, Young Journalists Club (YJC) -The dollar edged higher on Tuesday as some investors judged that its recent decline to a three-year low may be coming to a close amid growing concern over the U.S. stance on global trade.

U.S. President Donald Trump imposed import tariffs on washing machines and solar panels, putting a cloud over global trade at a time when its revival has fueled hopes for a stronger world economy.

Trump is slated to give the closing address at this year’s Davos summit of political and business leaders on Friday, and some analysts expect him to strike a protectionist stance on trade, which may spark a selloff in emerging market currencies.

“If Trump decides to strike a strong anti-trade stance, it will spark a selloff in global trade-oriented currencies such as the Korean won and the Chinese yuan and eventually weigh on the U.S. dollar as well,” said Viraj Patel, an FX strategist at ING in London.

In a recent note, Blackrock strategists said the global economy has never been so integrated at this point of an expansion, with world trade making up about 50 percent of global gross domestic product -- much more than in the last cycle.

Relatively high-yielding currencies such as the Australian dollar and the Canadian dollar declined the most against the greenback, falling 0.7 percent and 0.3 percent each.

The British pound stood out in early trading, holding its own against the euro after reaching a post-Brexit high of $1.40 in early Asian trading [GBP/].

Elsewhere, the Japanese yen slipped after comments by the Bank of Japan chief quelled speculation the central bank would scale back monetary stimulus.

The yen weakened to 111.15 yen to the dollar, down 0.2 percent from U.S. levels, after BoJ Governor Haruhiko Kuroda reiterated his commitment to monetary easing.

“I don’t see anything in today’s announcement that suggests a change in the BOJ’s stance. Rather today’s price action talks more about how the market is preoccupied with the idea that the BOJ will adjust its monetary policy at some stage in the future,” said Minori Uchida, chief FX analyst at the Bank of Tokyo-Mitsubishi UFJ.

His comments came after U.S. senators struck a deal to lift a three-day government shutdown, which helped the dollar recover some earlier losses.

The U.S. House of Representatives passed a short-term measure on Monday to fund the federal government through Feb. 8 after it won enough support in the Senate.