TEHRAN, January 23 - Egypt's military on Tuesday arrested its former chief of staff, who was planning to run in upcoming elections against President Abdel-Fattah el-Sissi, accusing him of inciting against the armed forces and forgery, in what appeared to be a calculated move to push him out of the race. 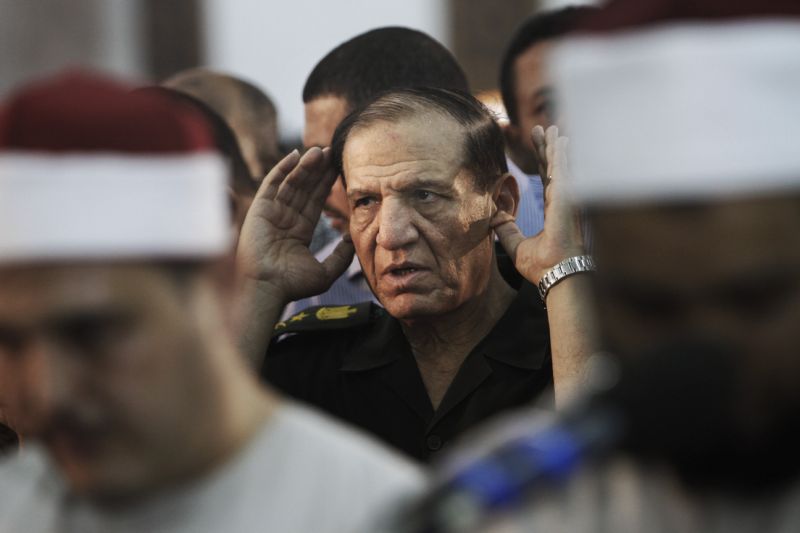 TEHRAN, Young Journalists Club (YJC) - With his bid to run now all but dead, Sami Annan becomes the latest in a string of potential competitors to el-Sissi who have dropped out or have been driven out. El-Sissi, a former head of the military, is considered virtually certain to win re-election in the March 26-28 vote.

A security official with first-hand knowledge of the Annan affair said the ex-general was arrested by the military simultaneously with the release to the official media of an armed forces' statement listing the allegations facing him.

The statement said Annan would be questioned on charges of forging documents relevant to the formal end of his active service, breaching army regulations by declaring his intention to run without first clearing it with the military and inciting against the armed forces in his comments to the nation when he declared his intention to run for president earlier this month.

"The Armed Forces could not allow itself to ignore the blatant legal violations committed by the aforementioned which constituted a gross breach of the rules and regulations governing the service of armed forces officers," said the statement, using uncompromising legal lingo.

"In upholding the principle of the law's sovereignty as the basic rule of the state, it is imperative that legal measures pertaining to these violations and crimes be taken and he (Annan) is summoned for questioning by the relevant authorities," it said.

His arrest was reported by two top aides. One, Mustapha al-Shall, who broke the news to The Associated Press but had no details. Another one, Mahmoud Refaat, reported the arrest on his Twitter account, but again gave no details.

A brief statement by Annan's campaign said it was suspending its activity indefinitely.

"The campaign for the nomination of Sami Annan as president of Egypt regrettably announces the indefinite suspension of the campaign out of fear for the safety and security of all citizens who dream of change," it said on the campaign's official Facebook page.

With Annan out of the race and possibly facing a court martial, only one serious presidential hopeful is left in the field: Prominent rights lawyer Khaled Ali. But his candidacy is also at risk. In September, he was convicted of making an obscene hand gesture in public, and if that ruling is upheld on appeal, he will be ineligible to run. The next hearing is scheduled for March 7.

An aide at Ali's campaign, Khaled Abdel-Hameed, told The Associated Press that Ali and his campaign leaders would meet later on Tuesday to assess the situation following Annan's arrest. "All options are open, including quitting the race," he said.

Annan, who was chief of staff until 2012, only had an outside chance against el-Sissi, but his participation would have lit it up a race whose outcome is virtually a foregone conclusion.

The election is scheduled for March 26-28, with runoffs the following month, if needed.

The move by the military did not come as a complete surprise given that the powerful military establishment would have been loath to see two of its graduates slug it out in an election contest, regardless of the overwhelming odds in favor of el-Sissi.

Moreover, Annan has been the subject of fierce criticism by the pro-el-Sissi media since he announced his intention to challenge the president. He has been accused of seeking the support of Muslim Brotherhood, conspiring with the West against el-Sissi and defaming the country's military.

In a video statement announcing his intention to run, Annan appealed to military and state institutions to remain neutral in the presidential race, saying it should not be biased in favor of el-Sissi who might not be president in a few months' time.

He also decried el-Sissi's policy of involving the military in mega infrastructure projects embarked on since 2014, saying that was to blame for what he called the "erosion" of the state's ability to deal with major domestic and foreign policies, including combating terror and economic woes.

Two other presidential hopefuls besides Annan have been forced to quit the race.

Former prime minister and air force general Ahmed Shafiq said he did not think he was the "ideal" man to lead the nation after days of harsh criticism, some personal, by the pro-el-Sissi media. Shafiq finished a close second in a 2012 election and his candidacy would have lit up the 2018 race.

Another one is former lawmaker Mohammed Anwar Sadat. He said he quit the race partially because he feared his supporters could be subjected to arrest or intimidation by authorities. Sadat is a nephew of Egypt's late leader Anwar Sadat.