TEHRAN, January 24 -The US has firmly rejected a Russian-drafted Security Council resolution seeking to establish an objective investigative mechanism to probe all allegations of chemical attacks in Syria “based on impeccable and irrefutable data.” 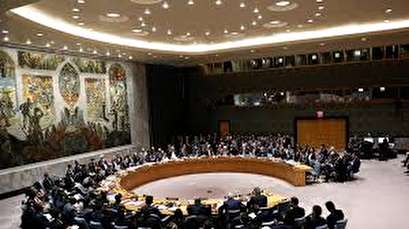 TEHRAN, Young Journalists Club (YJC) -The US has firmly rejected a Russian-drafted Security Council resolution seeking to establish an objective investigative mechanism to probe all allegations of chemical attacks in Syria “based on impeccable and irrefutable data.”

“We want to rise above the differences and propose [the] creation of a new international investigative body,” tasked with establishing facts and seeking those responsible for the use of chemical weapons in Syria “based on the impeccable and irrefutable data obtained in a transparent and credible way,” Russia’s permanent representative to the UN Vasily Nebenzia told the Security Council on Tuesday.

The mandate of the Joint Investigative Mechanism (JIM) of the UN and the Organization for the Prohibition of Chemical Weapons (OPCW) expired in November following a number of failed attempts by the UNSC to extend its authority. Moscow has repeatedly criticized JIM’s handling of the investigation of chemical attacks in Syria, including the April incident in Khan Shaykhun in Idlib province.

Moscow believes that JIM’s investigations were full of “systemic deficiencies” and speculations, lacked hard evidence, while its conclusions were often drawn from statements made by questionable sources. The main point of contention is that the team did not honor the basic chain-of-custody principle, which required OPCW to obtain on-site biomedical and environmental samples.

The United Nations Security Council meeting was called by Russia to discuss the situation in Syria, including fresh accusations against the Syrian government over an alleged chemical attack in a Damascus suburb.

US Ambassador to the UN Nikki Haley, however, fervently rejected the Russian proposal, shifting gears to accuse Moscow of trying to shield Bashar Assad from the alleged crimes the US continues to pin on him not bothering to back it with evidence.

“When Russia doesn’t like the facts, they try and distract the conversation. That’s because the facts come back over and over again to the truth Russia wants to hide – that the Assad regime continues to use chemical weapons against its own people,” Haley told the Security Council.

“The United States and the international community are not going to be fooled. We remain steadfast in pursuing accountability for those who use chemical weapons,” she said before leaving the meeting.

Share to
Related News
Russia orders warplanes in Syria to fly higher after jet shot down
Iran advises Europe not to move ahead with the “US already-defeated plan”
US stalls destruction of own vast chemical arsenal, seeks to sidetrack UNSC & CWC – Moscow
Russia: US seeks Syria breakup, not political resolution of crisis
Any presence in Syria has to be in coordination with its legitimate government – Brig. Gen. Vahidi
Russia vetoes UNSC resolution on renewing Syria chemical weapons probe
Russia vetoes Security Council resolution on Syria chemical attack
Expert consultations on chem weapons in Syria to be held in the Hague early in Feb--source
Syria 'unlikely' to meet chemical deadline: UN
Tags
rejects Moscow ، Syria chemical attacks ، Council resolution
Your Comment