Army in Swedish ghettos? How Europe tries to adapt to migration instead of solving it

TEHRAN, January 24 -Sweden’s center-left prime minister Stefan Lofven has said he may deploy military units to cut crime in immigrant-dominated ghettos – but are such grotesque adaptations to the decades-long influx actually addressing the problem? 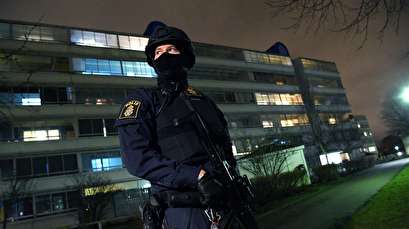 Lofven’s words last week were a response to statistics showing that more than 300 shootings occurred in 2017, the vast majority of them in the three biggest cities. Three decades ago gun crime was front page-worthy in a country with restrictive firearms ownership laws. Now, with nearly-daily media headlines about “turf wars,” “revenge killings” and “grenade crime,” attention has turned to the disadvantaged areas where they occur. A report last year indicated that more than 90 percent of shooting suspects were from an immigrant background.

Despite international headlines, the sincerity of Lofven’s intentions to send in the personnel carriers should be taken with a pinch of salt. The former unionist’s rhetoric has been consistently tough on crime, and his minority government faces a battle for re-election against resurgent center and nativist parties later this year.

Yet the episode is important, because it serves as a textbook illustration of how Western leaders have dealt with immigration and resultant domestic terrorism. The army proposal takes the idea that the government must be seen to be doing something - or saying it will do it - to an extreme that is so macho it is comical. Unless Lofven genuinely believes that soldiers in fatigues marching Malmo rude boys to their parents’ doorstep is an effective long-term solution, the very idea is also preposterously, disingenuously cosmetic. Like other European centrists, Lofven is flirting with right-wing rhetoric - the idea was first mentioned by the Sweden Democrats (SD) - seemingly without any context or wider thought.

It is telling that while socialist Lofven was blandly considering measures that would make a Gauleiter think twice, the leader of the the SD - a party he once called actual “Nazis” - was offering a semblance of social analysis, however crude and alarmist, ironically declaring that this is a solution for a “new Sweden – an exciting, dynamic, multicultural paradise.”