TEHRAN, January 24 -The Puerto Rican governor’s plan to privatize PREPA, the island’s bankrupt power utility, could herald hard times for holders of its $9 billion in bonds, who are concerned the deal could strip their ability to collect on their investments. 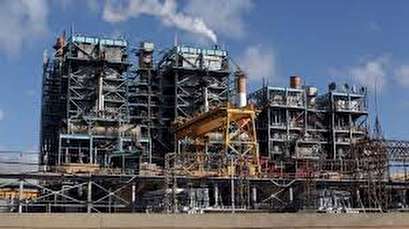 TEHRAN, Young Journalists Club (YJC) -The Puerto Rican governor’s plan to privatize PREPA, the island’s bankrupt power utility, could herald hard times for holders of its $9 billion in bonds, who are concerned the deal could strip their ability to collect on their investments.

The plan will need buy-in from the federally appointed board managing Puerto Rico’s finances, which has voiced support for privatization in the past, as well as approval by the court overseeing Puerto Rico’s bankruptcy.

PREPA’s investors, many of them hedge funds and mutual funds, have long called for wresting the utility from government control, but a piecemeal privatization push run by the government is not what they had in mind.

Some are concerned ”the governor and board will sell the assets out from underneath creditors, and claim the liens have no value,” said a source familiar with some creditors’ thinking.

The sources who spoke with Reuters on Tuesday declined to be named, citing the possibility of future litigation over the sale plan.

In a statement released late on Monday, one group of PREPA bondholders warned that a sale that does not respect creditors’ rights could “result in years of litigation.”

Assured Guaranty, which insures PREPA bonds, said in a statement on Wednesday that Puerto Rico and the board should “collaborate meaningfully with stakeholders” during the sale process, adding that PREPA cannot be sold unless creditors are paid off or given new collateral.

The looming dispute over PREPA’s fate is the latest chapter in a three-year battle over how to fix Puerto Rico’s outdated energy grid and the troubled, debt-laden utility that monopolizes it.

Natalie Jaresko, the board’s executive director, did not address creditors’ specific concerns but told Reuters in a statement, “We have long said that a full operational and financial transformation of PREPA — including private investment — is necessary to deliver the resilient ... power system that Puerto Rico needs for its economic recovery.”

The U.S. territory is reeling, navigating both the largest government bankruptcy in U.S. history, with $120 billion of bond and pension debt, and its worst natural disaster in 90 years in September’s Hurricane Maria.

The storm killed dozens and exposed PREPA’s structural weaknesses, cutting power to all of Puerto Rico’s 3.4 million American citizens. More than a third still haven’t gotten it back, toiling in the dark more than four months later.

PREPA, already insolvent when Maria hit, has fetched more unwanted attention since, drawing investigations over a questionable repair contract and the discovery of undistributed hurricane recovery materials in one of its warehouses.

The utility’s bondholders have lobbied for fresh blood at PREPA’s helm, either in the form of an independent receiver or an injection of private capital.

But outright privatization creates uncertainty on how to carry over creditors’ claims - and their collateral - to whoever buys PREPA’s assets, said two sources familiar with creditors’ thinking.

PREPA’s bonds are secured not by physical assets but by PREPA’s revenues, putting it “in weird territory,” said Drew Dawson, a bankruptcy expert and professor at Miami University School of Law.

“Normally when collateral is sold, the security interest travels with it,” Dawson said, “but when the lien is future revenues generated by PREPA, and PREPA is no longer in existence, it’s uncertain.”