TEHRAN, January 24 - More than a dozen nations join in extensive criticism of Israel at the United Nations Human Rights Council (HRC) over its human rights violations in the occupied Palestinian territories, with some calling it an “apartheid” entity. 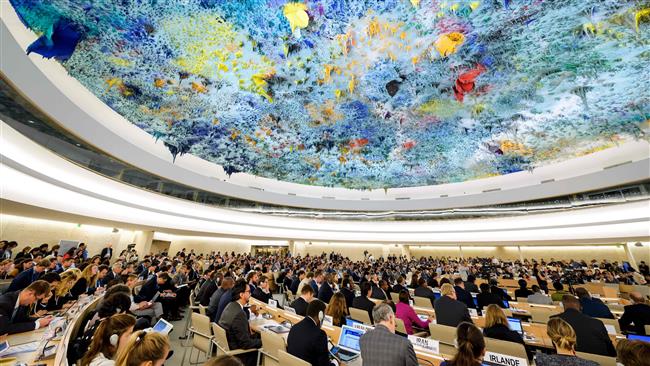 TEHRAN, Young Journalists Club (YJC) - During a heated Human Rights Council meeting in Geneva on Tuesday, Israel faced its third Universal Periodic Review, which examines the rights records of each of its subjects and produces recommendations.

South Africa took the lead in criticizing Tel Aviv, describing it as the world’s only “apartheid” entity.

“We remain deeply concerned at the denial of the right of self-determination to the Palestinian people, in the absence of which no other human right can be exercised or enjoyed,” the South African delegate said.

Palestinian representative Dima Asfour called on the regime to end “its 50-year colonial occupation,” adding that Palestinians “will not be discouraged” in their quest to pursue their rights.

“We call upon Israel to comply with international laws by immediately ending its 50-year colonial occupation and apartheid policies against the Palestinian people and dismantle the illegal wall and the related infrastructures located inside the OPT and compensate Palestinians for all of the losses incurred due to their presence,” the Palestinian delegate said.

Israel proclaimed existence in 1948 by overrunning huge swathes of Arab territories. It occupied further land in 1967, and has been stealing more and more Palestinian land by populating the occupied territories with settlements.

The structures are deemed to be illegal under Geneva Conventions due to their construction on occupied land.

Iran, Jordan, the United Arab Emirates, Russia, Malaysia and others likewise called for an end to the occupation and annexation process.

Meanwhile, Britain, Finland and Austria, among others, expressed concern over the regime’s arbitrary detention of children. 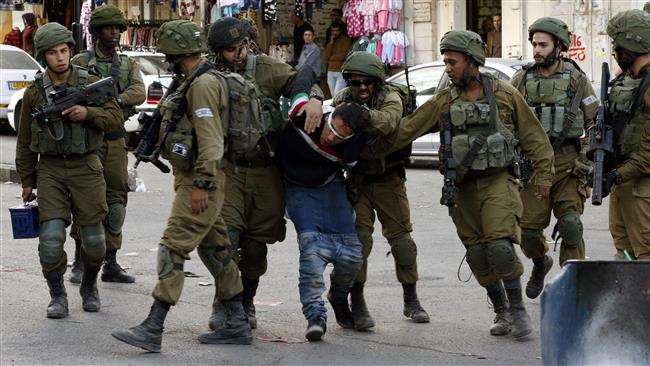 Tel Aviv also faced condemnation over its obstructing human rights investigations, maintaining its blockade of the Gaza Strip, refusing to ratify the optional protocol to the Convention against Torture, and failing to uphold the IV Geneva Convention relative to the Protection of Civilian Persons in Time of War.

Tel Aviv’s Ambassador Aviva Raz Shechter staged a fiery defense of the regime by repeating its allegations that it is being subjected to “discrimination” at international bodies, and even saying that the HRC should undergo overhaul.