Ukraine money-go-round: how $1.7 billion in bank loans ended up offshore

TEHRAN, January 24 -When Ukrainian company Profit signed a $48.5 million deal with a British firm in 2014, it became part of what prosecutors in Ukraine say was a potentially criminal scheme that moved $1.7 billion from the country’s biggest lender to offshore accounts. 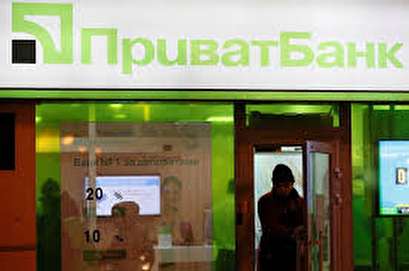 TEHRAN, Young Journalists Club (YJC) -When Ukrainian company Profit signed a $48.5 million deal with a British firm in 2014, it became part of what prosecutors in Ukraine say was a potentially criminal scheme that moved $1.7 billion from the country’s biggest lender to offshore accounts.

With a loan it had raised from PrivatBank in east Ukraine, Profit paid Trade Point Agro Limited in London on Aug. 18, 2014 for 24,250 tonnes of polyethylene terephthalate, a polymer used in fabrics and plastic containers, according to a legal complaint Profit filed in November 2014 to try to recover the funds.

The deal between Profit and Trade Point Agro is part of a pre-trial investigation that is still under way into whether officials at PrivatBank illegally took money from the lender through shady loan practices involving dozens of companies.

Finance Minister Oleksandr Danylyuk regards the case as a “litmus test” for the effectiveness of the battle against corruption, success in which is vital for Ukraine to receive international credits.

In the pre-trial investigation, prosecutors are trying to identify anyone at PrivatBank who might have committed a crime. They say in court filings that from May to September, 2014, unnamed PrivatBank officials moved money out of the bank to companies such as Trade Point Agro which they believe look “fictitious”.

PrivatBank, which was nationalized in December 2016, and Ukraine’s anti-corruption bureau are also investigating whether the bank illegally provided loans to companies linked to two wealthy tycoons who owned the bank before the state takeover.

No one has been charged with wrongdoing. London’s High Court ordered some worldwide assets of Ihor Kolomoisky and Gennadiy Bogolyubov, PrivatBank’s former main shareholders, to be frozen last month.

PrivatBank, now controlled by the state, said the court order was granted on the basis of detailed evidence to the court that they extracted almost $2 billion from PrivatBank through dishonest transactions.

Kolomoisky and Bogolyubov deny wrongdoing, say the loans were repaid and that the bank was solvent at the time of the nationalization, which Kolomoisky is challenging in court, saying it was not insolvent and the state takeover was politically motivated.

An investigation commissioned by the central bank in 2017 found that PrivatBank had for at least a decade been used for money-laundering and shady deals where 95 percent of corporate loans went to companies related to the former owners. Kolomoisky dismissed the findings, made public this month, as “nonsense”.

General Prosecutor Yuriy Lutsenko said in December there was “no easy legal answer” to the question of whether Kolomoisky and PrivatBank stole money, and that Kolomoisky believes he agreed to the nationalization under duress.

“Who is responsible for the stolen money? Kolomoisky’s answer: nobody stole money,” Lutsenko said.

Trade Point Agro and Profit did not respond to requests for comment.

Consultancy Gabara Strategies, acting on behalf of Kolomoisky and Bogolyubov, PrivatBank’s two main former shareholders, said: “Loans to the companies referred to did not result in a loss of USD 1.7 billion, or indeed any loss, to PrivatBank.”

“The loans were repaid and PrivatBank at all times held adequate collateral for those loans,” it said in a statement, describing any suggestion to the contrary as “unsubstantiated and groundless”.

Asked to explain how the loans were repaid, representatives of Kolomoisky and Bogolyubov did not provide any details.