TEHRAN, January 24 - The ‘black box’ belonging to a sunken Iranian oil tanker, Sanchi, which was retrieved on Jan. 13, has been opened a few minutes ago in the presence of representatives of relevant countries in Shanghai, Iran’s Consul General in Shanghai announced Tuesday. 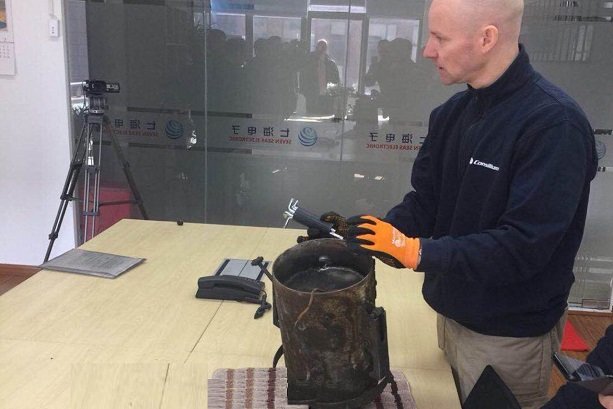 TEHRAN, Young Journalists Club (YJC) - According to Alireza Irvash, after opening the data recorder, known as the ‘black box’, the data would be extracted and delivered to relevant sides.

He added that analyzing the data could be time-consuming, and the process needs to be carried out with perfect precision.

He also noted that China is conducting DNA tests on the three retrieved bodies of Iranian crew members of Sanchi oil tanker, adding that the results of the DNA tests conducted on the families of the crew members in Iran need to be sent to China for comparison as soon as possible.

The Iranian consul general further added that the request of family members for retrieving the bodies, as well as identification documents of the 30 Iranian crew members, must be sent to China as soon as possible.

“If the tests match, and the bodies are identified, and if the necessary documents have been provided, the three bodies of the Iranian sailors will be transferred to Iran in less than ten days,” he added.

The Panama-registered Iranian oil tanker, Sanchi, with 32 crew members on board, caught on fire after colliding with a Hong Kong cargo ship on Jan. 6, 160 nautical miles (296 km) from China’s east coast. Three bodies and the black box were retrieved, before the tanker sunk to the bottom.

The Sanchi was carrying 136,000 tons of condensate, worth some $60 million, and bound for the Republic of Korea.