TEHRAN, January 24 - Iran called on the International Maritime Organization (IMO) to closely probe into an Iranian tanker sank last week after it had burned near China’s eastern coast for a week. 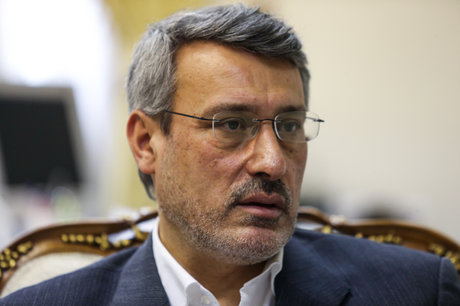 TEHRAN, Young Journalists Club (YJC) - Iranian Ambassador to London Hamid Baeidinejad in a letter to IMO Secretary-General Kitack Lim asked the organization to hold a technical session to be attended by member states’ experts to probe into the incident and investigate its effect on navigation and international shipping to prevent reoccurrence such similar cases in future.

He said that the incident is the most disastrous one in oil shipping in the world since the rescue operation teams failed to put out blazes and rescue the crew despite employing all rescue power and firefighting equipment.

The letter also focused on long-term effect of the incident on maritime environment and shipping safety.

The Iranian ambassador said that the IMO as the only authorized monitoring organization in the field of navigation and shipping could host the session and invite experts of the member states to boost international cooperation for improving safety regulations in shipping and maritime and upgrade firefighting equipment to actively prevent reoccurrence of such events in future.

Iranian officials said the vessel has fully sunk, and that available evidence indicates that all crew members died soon after it collided with another vessel and a powerful blast ensued.

Iranian oil tanker Sanchi caught fire after it collided with the CF Crystal, a Hong Kong-registered bulk freighter carrying wheat from the US, about 160 nautical miles east of the Yangtze estuary.

It had been burning ever since despite international rescue efforts. Those efforts were hampered because of the scale of the fire and heat. The tanker was carrying 136,000 metric tons (nearly one million barrels) of condensate, a type of ultra-light oil, which kept on exploding.