TEHRAN, January 24 -As President Donald Trump plans to modernize and expand the US nuclear program, Frank Klotz, the outgoing head of the National Nuclear Security Administration (NNSA), warned that his agency is already at capacity. 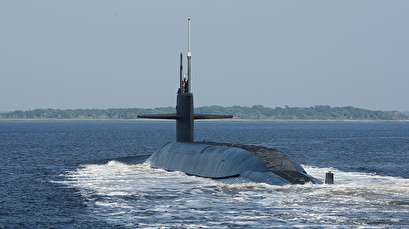 TEHRAN, Young Journalists Club (YJC) -As President Donald Trump plans to modernize and expand the US nuclear program, Frank Klotz, the outgoing head of the National Nuclear Security Administration (NNSA), warned that his agency is already at capacity.

Klotz, who retired from the NNSA on January 19, told Defense News the agency does not have the resources to modify and develop new nuclear capabilities that the Trump administration has outlined.

In a leaked draft of the 2018 Nuclear Posture Review (NPR) obtained by Huffington Post, Trump’s Department of Defense called for the US to increase its stockpile of so-called “low-yield” warheads in violation of the nuclear non-proliferation treaty with Russia.

In the NPR, the Pentagon calls for NNSA to develop new low-yield submarine-launched ballistic missile (SLBM) warhead and a new nuclear-capable cruise missile, which could require the agency to develop an entirely new warhead, according to Defense News.

However, Klotz said that the agency does not have the resources for the program.

Klotz pointed to four life extension programs the NNSA is currently working on to extend the life of nuclear warheads by an additional 20 to 30 years.

The agency is currently working on a life extension for the W76-1warhead to be used on SLBMs, the W80-4 to be used by Air Force cruise missile, the B61-12 gravity bomb to be used by bombers and fighter jets, and the W88, another SLBM warhead.

Klotz says the agency is already at working capacity with the four life extension programs, more than the agency has handled since the Cold War.

“We are working pretty much at full capacity,” Klotz said. “We’ve never done more than one life extension program at a time, since the end of the Cold War. We’re now doing essentially four.”

The modernization of US nuclear forces could carry an estimated price tag of $1.2 trillion from 2017 until 2046, according to the US Congress Budget Office (CBO) report released in October.

That planned modernization would also increase the total costs of maintaining the current number of nuclear weapons and delivery system by 50 percent over normal operating costs, according to the CBO.

Klotz said that the agency will “need more investment” as time passes, but that the funds need to come in strategic phases.

“You can’t spend it all at the same time. No wine served before it’s time. We need our funds when we need our funds,” he said. “So we need to think in terms of that.”

The NPR also expands the circumstances in which the US might use its nuclear arsenal, to include a response to a non-nuclear attack that causes mass casualties, or was aimed at critical infrastructure or nuclear command and control sites.