TEHRAN, January 24 - Iran expects its gold production this year to hit record 6 tonnes - a “valuable achievement” in the words of Deputy Minister of Industry, Mine and Trade Jafar Sarqini. 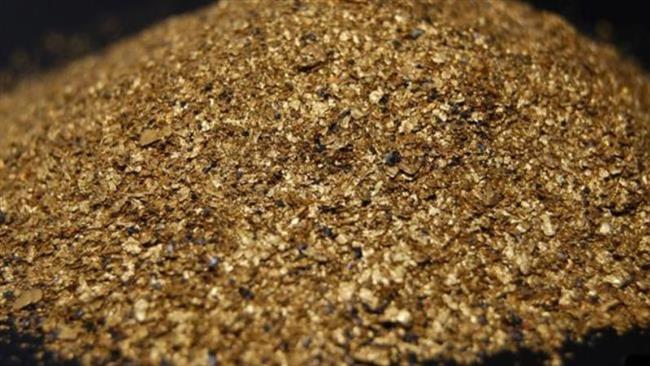 TEHRAN, Young Journalists Club (YJC) - “The projected program for the year of 1396 was 7 tonnes of gold but we expect production of 6 tonnes,” IRNA news agency quoted him as saying Wednesday.

Sarqini said Iran’s gold production will continue to grow as more mines become operational. The country targets a production plateau of 10 tonnes a year and 25 tonnes in the long term.

For the Persian year of 1397 which begins on March 21, smaller mines are being considered for development. “Given the economic value of the gold metal, extraction from smaller mines also has economic justification,” he said.

Sarqini singled out Zarshuran gold mine in Iran’s northwestern city of Takab as a “valuable treasure” which is expected to hit a production milestone of 1 tonne this year and 3 tonnes in the next three years.

Sari Gunay, another gold mine in the western city of Qorveh, is being tapped by a Kazakh miner under a 7–year contract. Sari Gunay, which means yellow sun in Turkish, is estimated to hold 18 tonnes of reserves.

In 2006, Anglo-Australian miner Rio Tinto pulled out of the Sari Gunay project in Iran’s Kurdestan after deciding it was not commercially viable.

Iran has identified as many as 15 mines so far, capable of yielding 320 metric tons of processed gold. The country’s gold mines are mostly concentrated in the country’s Azarbaijan, where about 0.5 percent of the world’s minable gold reserves lie in West Azarbaijan province.

The Zarshuran gold complex is one of the most important mineral projects, widely referred as the "golden giant of Iran".

Initial estimates have put recoverable gold deposits in Zarshuran at 55 tonnes, which could rise to 110 tonnes by further drilling in the anomalies.