Israel is the enemy of all the muslim countries – Rep. of Hamas in Tehran

TEHRAN, January 25 - The Zionist regime is the enemy of all the Arab and muslim countries, said Khaled Ghodomi in an interview. 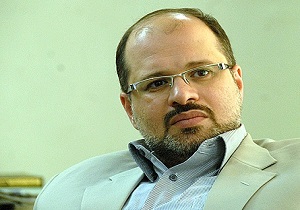 TEHRAN, Young Journalists Club (YJC) - Noting the necessity of adopting a suitable strategy to counter the Zionist regime, Khaled Ghodomi, the representative of Hamas to Iran, said “today, the Zionist regime is the enemy of all the Arab and muslim countries, and no more a mere threat against the Palestinian nation. Therefore, we need to set aside the differences and move ahead with confronting the implacable enemy.”

Stating that Palestanians have, unfortunately, always suffered from certain distracting thoughts, he added “we intend to move toward a moderate Islam that respects itself and its people, and bestows blessings on them. The Palestinian nation will continue their resistance and Intifada.”

He further added “today, it is absolutely clear for everyone that the Zionist regime poses a threat to all the regions in the western Asia. Anyone who would be after negotiations with Israel despite all this, would be a mere ignorant.”

“We should all know that rights are to be earned, and will not be granted to anyone freely. Thus, we have to move toward the resistance until we cleanse the holy land of the occupiers”, Ghodomi said in his concluding remarks.