TEHRAN, January 25 - On Wednesday, North Korea sent a rare announcement to “all Koreans at home and abroad,” calling for a “breakthrough for independent unification” on both sides of the Demilitarized Zone. 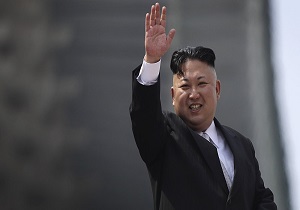 TEHRAN, Young Journalists Club (YJC) - The message, carried on North Korean state media, said that all Koreans should "promote contact, travel, cooperation and exchange between North and South Korea" on a "wide scale to remove mutual misunderstanding and distrust."

The announcement reflects a statement adopted after a meeting between the government, political parties and organizations of North Korea, according to KCNA. It encourages Koreans to "improve the North-South relations and make a breakthrough for independent reunification," the goal of North Korea's leadership.

"Let us wage an energetic drive to defuse the acute military tension and create a peaceful climate on the Korean Peninsula!" the statement goes on to say, adding "We will courageously smash all challenges going against the nation's desire for reunification."

The notably peaceful statement follows the recent agreement between North and South Korea to march under a unified flag during opening ceremonies at the Winter Olympics next month in Pyeongchang, South Korea. That agreement was reached during high-level peace talks between Seoul and Pyongyang this month.

Meanwhile, speculation that the US may be planning a pre-emptive strike on Pyongyang's nuclear arsenal is intensifying, as are sanctions targeting the regime of North Korean leader Kim Jong-un.

The US Treasury Department announced Wednesday that a further nine entities and 16 individuals will be sanctioned over their alleged ties to Pyongyang. The sanctions have been imposed on six North Korean vessels, North Korea's Ministry of Crude Oil Industry, two China-based companies and individuals in Russia and Abkhazia.

Last month, the UN passed a resolution to strengthen sanctions against Pyongyang that restrict fuel imports and prohibit North Koreans from working abroad.