US military admits death of Somali schoolchildren in recent raid

TEHRAN, January 25 - The US military’s Africa Command (AFRICOM) has admitted to killing a number of civilians, including schoolchildren, during a recent raid in Somalia. 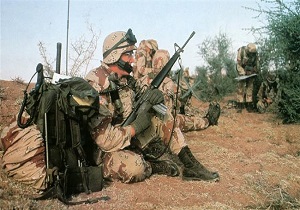 “Some of those killed in the engagement appear to have been under the age of 18. US personnel were in an advisory capacity and did not fire their weapons,” AFRICOM told Newsweek on Wednesday.

The US military statement claimed that al-Shabab was using the school to indoctrinate children and train them to be terrorists.

According to the terror group’s official, four children and their teacher were killed in the raid. Somali officials had originally claimed that the attack had no causalities.

The US Special Forces have a long record of killing Somali civilians. In November, an investigation by the Daily Beast found that the Washington had tried to cover up the death of at least 10 Somali civilians in a raid by US military forces in early August.

The attack in the southern Somali town of Bariire prompted hundreds of people in nearby areas to stage demonstrations and demand justice for those killed.

The protests continued until the Somali government walked back its claims that the victims were members of al-Shabab, and offered an apology to their families.

The US military also carried out around 30 airstrikes across Somalia this year, including a drone attack that reportedly killed 100 militants at a training camp in November.

The Pentagon has presented the White House with a plan for Somalia that requires at least two more years of combat operation against suspected terrorists there.

There have been many ambiguities surrounding US drone strikes and bombardments in the rural regions of the war-torn African country, which is still reeling from more than two decades of militancy.

Local sources say the US airstrikes have led to casualties among civilians, a concern that Washington has refused to address.