TEHRAN, January 26 -While brazenly accusing Russia of complicity in chemical attacks on Syrian soil, the US is 10 years behind on its pledge to eliminate its own – and world’s largest – chemical weapons stockpile, Moscow has reminded Washington. 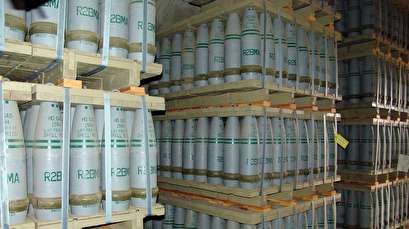 TEHRAN, Young Journalists Club (YJC) -While brazenly accusing Russia of complicity in chemical attacks on Syrian soil, the US is 10 years behind on its pledge to eliminate its own – and world’s largest – chemical weapons stockpile, Moscow has reminded Washington.

The Russian Foreign Ministry called out the hypocrisy of the US in its approach to the issue of non-proliferation on Thursday, arguing that the genuine goal of the new Washington-led ‘International Partnership against Impunity for the Use of Chemical Weapons’ forum is to undermine the decades-old non-proliferation principles by promoting an anti-Syrian agenda in the UN.

Pointing out that it was Washington that insisted on setting an “unrealistically ambitious timeline for the global elimination of chemical weapons stockpiles” by 2007, the ministry noted that although Russia and later Syria have eventually destroyed their arsenals, the US is lagging behind.

“There’s a completely different picture with the liquidation of chemical weapons in the US, that, no doubt, has all necessary financial, industrial, scientific and technical resources to resolve this problem,”Russian Deputy Foreign Minister Sergey Ryabkov said in a statement.

“Despite that, they time after time recklessly delay the timeframe for the complete destruction of their own chemical stockpiles. That means that no other than Washington remains in possession of the world’s largest chemical weapons stockpiles – more than 2,500 tons of the most dangerous toxic agents,” he added.

That begs the question what the US intends to do with its “carefully kept weapons of mass destruction banned for others,”Ryabkov argued. “It seems they [the US] need them for something.”

Referring to the 24-nation meeting in Paris on Tuesday, Ryabkov said Moscow had little doubt it would be used to propel the anti-Russian and anti-Syrian agenda from the very beginning.

“It’s notable that neither Russia, nor – as far as we know – China, were even invited to the meeting,” he said, noting that the organizers were very reluctant to divulge details of the forum when contacted by the Russian authorities.

He reiterated Moscow’s criticism of the “mutual understanding”between the attendees to curb what they see as “impunitive chemical weapons use” by imposing unilateral sanctions against persons, governments or any other entities they believe are involved in the use of chemical weapons.

Attempts by the sponsors of the “partnership” to present it as a universal and impartial mechanism are cynical, Ryabkov argued. “In fact, we are talking about an attempt to replace the functions of the Chemical Weapons Convention (CWC) and the United Nations Security Council.”

“There is a real threat of eroding the international non-proliferation regime that has been in place for decades,” he said.

At a time when Russia and Syria have been bombarded by “groundless accusations,” the West has turned a blind eye to “recurrent incidents of chemical terrorism, outright provocations by the militants using toxic agents” that continue to take place in the Middle East, against the backdrop of “Washington’s unwillingness to fulfill at least its own obligations to destroy the US chemical stockpiles,” Ryabkov stressed.

Earlier, Moscow slammed the allegations voices by US Secretary of State Rex Tillerson and Ambassador to the UN Nikki Haley that Russia was by default “ultimately” complicit in all reported chemical attacks in Syria, due to its backing of President Bashar Assad, calling it a “propaganda attack.

” Speaking at the meeting, Tillerson accused Moscow of alleged unwillingness to investigate the chemical weapons incidents in Syria. Denouncing the American accusations as running “contrary to common sense,” Moscow reiterated its proposal to establish an objective investigative mechanism to probe the use of chemical weapons in Syria to replace the Joint Investigative Mechanism (JIM), the mandate for which expired in November.