TEHRAN, January 26 - The US military has indirectly encouraged child sexual abuse by Afghan forces for years, similar to the US government’s support of terrorist groups throughout the world, a former US Senate candidate said. 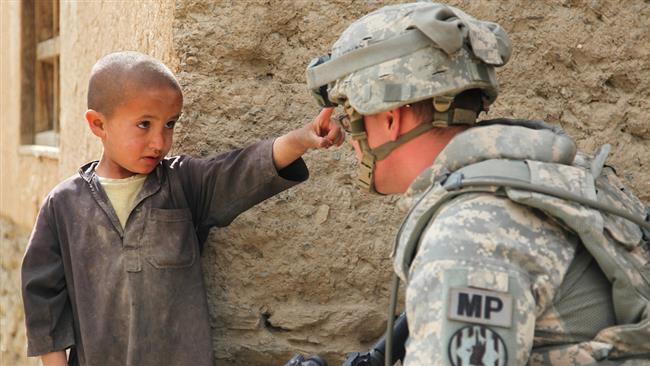 TEHRAN, Young Journalists Club (YJC) - “Sadly, this is not the first time that something like this has happened; you can go all the way back to the end of World War ll,” said Mark Dankof, who is also a broadcaster and pastor in San Antonio, Texas.

A new US government report has found that US military troops stationed in Afghanistan have turned a blind eye on thousands of “gross human rights abuses” by the Afghan military forces over the past few years, including many instances of child sexual abuse.

The heavily-redacted report released this week by the Special Inspector General for Afghan Reconstruction, known as Sigar, was commissioned by the administration of former President Barack Obama and was supposed to remain classified until June 2042.

According to the report, the US military has given a free pass to the Afghan accusers on no less than 5,735 cases between 2010 and 2016, breaching the Leahy Law which bars the US military from providing funds, training or other aid to foreign military units that are involved in serious human rights abuses.

The report does not specify how many times did the US soldiers ignored reports about the practice of bacha bazi, or “boy play,” where some Afghan commanders keep underage boys as their sex slaves.

The report sheds more light on the dark sides of the 2001 US invasion of Afghanistan, which has been followed by an ongoing occupation.

Washington had pledged to eradicate the Taliban and other terror groups wreaking havoc in Afghanistan. After years of deadly clashes, however, the Taliban are seemingly stronger while the ISIL terror group has also gained a foothold in the country.