TEHRAN, January 26 - Kuwait’s Criminal Court has sentenced Kuwaiti blogger and activist Abdullah Mohammed al-Saleh to ten years in prison for allegedly insulting Saudi Arabia, the United Arab Emirates and Bahrain in the wake of the the ongoing Saudi-led diplomatic and trade boycott against energy-rich Persian Gulf kingdom of Qatar. 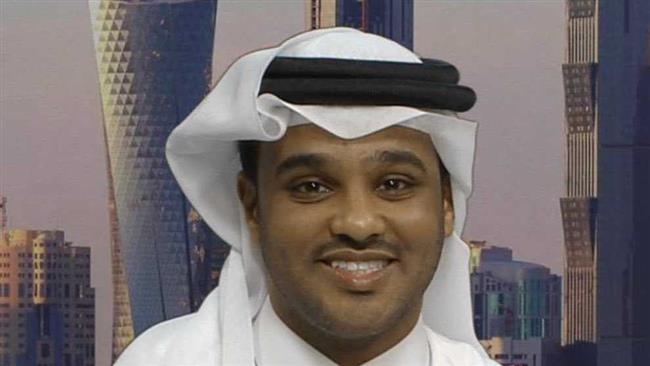 TEHRAN, Young Journalists Club (YJC) - The court passed the verdict on al-Saleh on Thursday after he published a range of YouTube videos and Twitter posts, criticizing the Riyadh regime and his two regional allies.

According to his tweets, al-Saleh lived in Qatar for the previous six months but has now left the country.

His Twitter profile suggests he is currently located in London, although there is no official confirmation.

“I do not regret the tweets or videos - this is my right! I will continue to support the oppressed and I will not return to Kuwait to implement the sentence,” he commented late last month.

Saudi Arabia, the United Arab Emirates (UAE), Bahrain and Egypt all cut off diplomatic ties with Qatar on June 5 last year, after officially accusing it of “sponsoring terrorism.”

Qatar's Foreign Ministry later announced that the decisions to cut diplomatic ties were unjustified and based on false claims and assumptions.

On June 9, Qatar strongly dismissed allegations of supporting terrorism after the Saudi regime and its allies blacklisted dozens of individuals and entities purportedly associated with Doha.

On June 23, Saudi Arabia and its allies released a 13-point list of demands, including the closure of Al Jazeera television network and downgrade of relations with Iran, in return for the normalization of diplomatic relations with Doha.

The document containing the demands by Saudi Arabia, Egypt, the UAE and Bahrain also asked Qatar to sever all ties with the Muslim Brotherhood and the Lebanese Hezbollah resistance movement.