TEHRAN, January 26 - The United States added Russian officials and energy firms to a sanctions blacklist on Friday, days before details of further possible penalties against Moscow are due to be released. 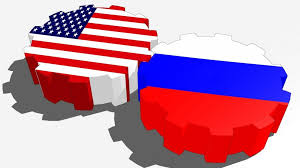 TEHRAN, Young Journalists Club (YJC) - Washington could release reports as early as Monday detailing the possibilities for expanding sanctions against Russia over its alleged meddling in the 2016 U.S. presidential election, an accusation the Kremlin has repeatedly denied.

Russia is already under U.S. sanctions over its annexation of Crimea from Ukraine in 2014.

The U.S. Treasury Department said it had added 21 people and nine companies to the sanctions list, including some that had been involved in the delivery of Siemens gas turbines to Crimea.

It said Friday's announcement was not related to the reports due on Monday.

"Today's action is part of Treasury's continued commitment to maintain sanctions pressure on Russia," the department said in a statement. "This action underscores the U.S. government’s opposition to Russia’s occupation of Crimea and firm refusal to recognize its attempted annexation of the peninsula."

One of the people added to the list was Russian Deputy Energy Minister Andrey Cherezov, who was put under sanctions by the European Union over his role in the delivery of turbines to Crimea last year.

A spokeswoman for Rostec, which is already subject to U.S. sanctions and is the parent company of Technopromexport, said the company regretted that the main U.S. main tool in international relations was pressure and not dialogue.