TEHRAN, January 27 - A US military helicopter has targeted several vehicles in Iraq’s al-Anbar Province, killing seven civilians and wounding 11 others, including a local official. 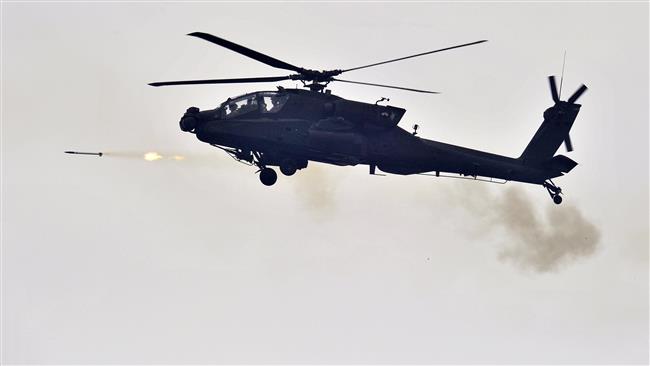 Iraqi Alsumaria television cited an unnamed security official as saying that the US helicopter gunship had targeted several civilian vehicles in the al-Baghdadi neighborhood of Ramadi.

Alsumaria said the head of the al-Baghdadi township and its police chief were among the wounded.

It was not clear why the attack occurred. There was no immediate comment from the US military.

The US has been leading a coalition of its allies in a military campaign against purported Daesh targets in Iraq. While the Iraqi leadership officially announced the end of operations against Daesh in December last year, pockets of the terrorist group reportedly remain operative in rural areas in the country.

Daesh had overrun territory in Iraq and neighboring Syria in offensives that started in 2014.