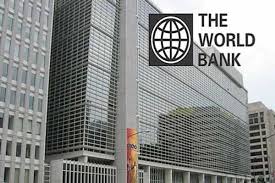 TEHRAN, Young Journalists Club (YJC) - The index shows a 0.92% decline based on percentage change between 2012 and 2016 (using indicators available during both years).

IDI is an annual assessment of 103 countries’ economic performance (74 emerging and 29 advanced economies) that measures how countries perform on 12 dimensions of economic progress. It has three pillars: growth and development, inclusion and intergenerational equity, which is sustainable stewardship of natural and financial resources.

Advanced and emerging economy IDI scores are not strictly comparable due to different definitions of poverty, according to the report.

Gross domestic product per capita in constant 2010 dollars (2016) has been used for value. The trend is the annual percentage growth rate of GDP per capita. Aggregates are based on constant 2005 US dollars.

GDP per capita is gross domestic product divided by mid-year population. GDP at purchaser’s price is the sum of gross value added by all resident producers in the economy plus any product taxes and minus any subsidies not included in the value of the products.

As for three other dimensions of this pillar, Iran’s labor productivity was put at $55,814, healthy life expectancy at 66.5 years and employment at 39.7%. The five-year trends for these dimensions show -0.2%, 2.5% and 1.4% changes respectively. Iran’s employment trend was among the top 20% emerging countries.

Healthy life expectancy refers to the average number of years that a person can expect to live in “full health” by taking into account years lived in less than full health due to disease and/or injury.

Employment-to-population ratio is the proportion of a country’s population that is employed. Ages 15 and older are generally considered the working-age population.

Net-Income Gini measures the extent to which the net distribution of income (that is, post-tax, post-transfers), among individuals or households within an economy deviates from a perfectly equal distribution. A Gini index of 0 represents perfect equality, while an index of 100 implies perfect inequality.

Poverty rate, for emerging economies, is defined as the percentage of the population living on less than $3.20 a day at 2011 international prices. For advanced economies, relative income poverty is defined as less than half of the respective median national income (after taxes and transfers, and adjusted for size of household).

Median income is the median of daily per capita income/consumption expenditure in 2011 purchasing power parity dollar. The data are drawn from nationally-representative household surveys, which are conducted by national statistical offices or by private agencies under the supervision of government or international agencies, and are obtained from government statistical offices and World Bank Group country departments.

Iran’s carbon intensity was put at 313.4 kg per dollar of GDP, public debt at 35.0% and dependency ratio at 40.6%. The five-year trends for these dimensions show 33.5%, 23.2% and 1.2% changes respectively. The figure for the country’s adjusted net savings was not available.

Carbon intensity is a measure of how much carbon economies emit for every dollar of GDP they produce. It is expressed in kilo-tons of carbon dioxide per billion dollar. International data for carbon dioxide emissions from energy consumption includes emissions due to the consumption of petroleum, natural gas and coal, and also from natural gas flaring.

Gross debt consists of all liabilities that require payment of interest and/or principal by the debtor to the creditor at a date or several dates in the future. This includes debt liabilities in the form of special drawing rights, currency and deposits, debt securities, loans, insurance, pensions, standardized guarantee schemes and other accounts payable.

Thus, all liabilities in the Government Finance Statistics Manual 2001 system are debt, except for equity and investment fund shares, financial derivatives and employee stock options.

Age dependency ratio is the ratio of dependents, people younger than 15 or older than 64, to the working-age population, those aged 15-64. Data are shown as the proportion of dependents per 100 working-age people.

Adjusted net savings are equal to net national savings plus expenditure on education and minus depletion of energy, minerals and forests, and damage by particulate emissions. Carbon damage has been excluded from the calculation.

By accounting for fixed and natural capital depletion, adjusted net national income better measures the income available for consumption and for investment to increase a country’s future consumption.

IDI is a project of the World Economic Forum’s System Initiative on the Future of Economic Progress, which aims to inform and enable sustained and inclusive economic progress through deepened public-private cooperation through thought leadership and analysis, strategic dialogue and concrete cooperation, including by accelerating social impact through corporate action.

The report was published as the World Economic Forum’s annual meeting opened in Davos, Switzerland, on Tuesday.