TEHRAN, January 27 - Israeli Prime Minister Benjamin Netanyahu has hailed close ties between Tel Aviv and some Arab countries, saying that Iran is one of the common concerns of the “extraordinary” alliance. 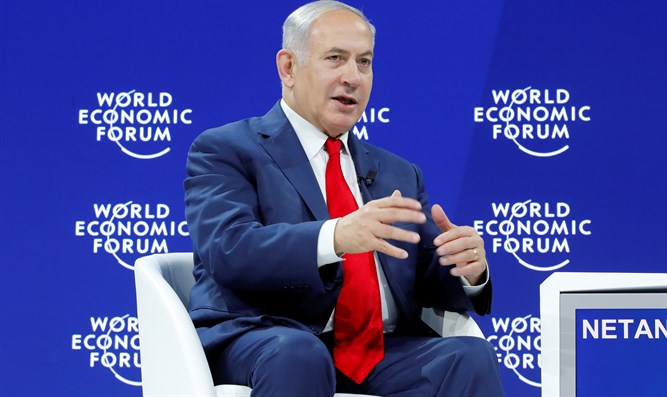 Asked whether there is an anti-Iran front with Israel, Saudi Arabia and Egypt as crucial players, Netanyahu told CNN’s Fareed Zakaria at the World Economic Forum in the Swiss town of Davos on Thursday that the alliance was an “extraordinary thing.”

“I agree that there is an alignment of Israel and other countries in the Middle East that would’ve been unimaginable 10 years ago, and certainly in my lifetime. I never saw anything like it,” the Israeli premier said.

“Yes, it starts with a common concern for a common enemy which is radical Islam, either of the radical Sunnis, Daesh, before that al-Qaeda, which Israel fights ... and also our common stance against Iran,” he added.

This is while the Tel Aviv regime has been accused of colluding with terrorist groups that are currently losing ground against the Syrian army.

Israel has frequently attacked military targets in Syria and provided weapons to anti-Damascus militants as well as medical treatment to the Takfiri elements wounded in the war-torn Arab country.

Eizenkot claimed that Iran was the “biggest threat to the region” in an interview with the Saudi-owned Elaph online newspaper.

The Israeli-Arab alliance is widely believed to have set the stage for US President Donald Trump’s recent policy shift on Jerusalem al-Quds, which drew condemnations and protests worldwide.

In December 2017, Trump said that Washington was recognizing Jerusalem al-Quds as the “capital” of Israel and planning to relocate the American embassy from Tel Aviv to the holy city.

Numerous reports have suggested growing contacts between Israel and Saudi Arabia in the past few months though they have no formal diplomatic relations.

Saudi Arabia is widely viewed as the homeland of radical Wahhabism, the same ideology influencing Takfiri outfits which have been wreaking havoc in the Middle East and beyond for years.

Share to
Related News
US discussing no ‘annexation plan’ with Israel despite Netanyahu’s claim
Participants back Quds as Palestine capital at intl. conf. in Tehran
Tags
Netanyahu ، anti-Iran alliance ، Arab countries
Your Comment