TEHRAN, January 27 - “We advise Europe not to move ahead with the US already-defeated plans,” Senior adviser to Leader of the Islamic Revolution said. 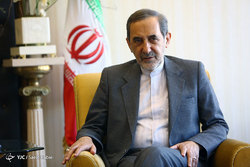 TEHRAN, Young Journalists Club (YJC) - Ali Akbar Vekayati, Senior adviser to Leader of the Islamic Revolution, after a meeting with Special UN representative on Iraq, stating that the US is attempting to disintegrate Syria following Washington’s defeat in the country, said “the Americans, with support from their regional allies including Zionists and Saudis, have sought to occupy Syria and topple its legitimate government.”

“The US attempts to disintegrate Syria are based on their false view that it can provide safety for Zionists,” He added.

Referring to the US and its regional allies’ defeats in Syria, Velayati stressed “Syria managed to triumph over the conspiracies of its enemies. Most of the country’s enemies, as well as those who acted against the Syrian government and its people in the disguise of terrorism, have failed.”

He further added “after the US defeat (in Syria), they have set out to enter the country's soil, stationing their forces in the Eastern Euphrates. Encouraging some of their allies in the region, they intend to disintegrate Syria.”

Emphasizing that US attempts in Syria have failed in the past seven years and would not succeed either in ther future, Velayati added “today, the US and its allies are weaker in the region than ever before. The Syrian government, its people and allies will not allow US to achieve its goals in the country. Surely, the Islamic Republic of Iran and others in the Axis of Resistance continue to protect the teritorial integrity of the countries in the region, including Syria.”

“We advise Europe not to move ahead with the US already-defeated plans,” Velayati warned.