‘I don’t want that in my life’: Apple’s Steve Wozniak reveals reason he sold his bitcoin

TEHRAN, January 27 -Apple co-founder Steve Wozniak has revealed that he sold his bitcoin holdings after growing tired of monitoring the cryptocurrency’s rapidly-changing value. 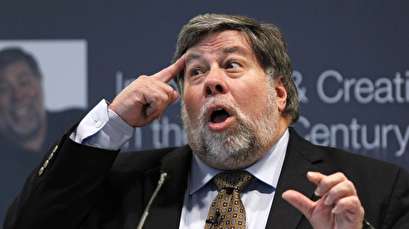 Wozniak said last year that he bought into the cryptocurrency when a single coin was being sold for around $700. However, the legendary programmer was not interested in turning a profit and was instead focused on the blockchain technology behind bitcoin, which he used to make secure payments while travelling abroad.

As the price of a coin neared $20,000 late last year, Wozniak decided he’d had enough of the crypto gold rush. “When it shot up high, I said I don't want to be one of those people who watches and watches it and cares about the number. I don't want that kind of care in my life,” Wozniak told the audience at the Nordic Business Forum in Stockholm, Business Insider reports.

In the wide-ranging interview with author Seth Godin, Wozniak also said that while he was excited about future innovations in self-driving cars, he was not impressed by Elon Musk’s Tesla after having driven one of its models.

The comments echo similar criticism Wozniak made back in October in which he told CNBC that there was “too much hype” around the car firm.

Share to
Related News
Cryptocurrencies pose serious threat to Bank of America according to its SEC filings
Cryptocurrencies are like Ponzi schemes, World Bank Chief says
Get ready for most cryptocurrencies to hit zero – Goldman Sachs
It's getting harder to buy bitcoin with a credit card
India cracking down on ‘illegal’ cryptocurrencies
Apple supplier Murata says iPhone X output target cuts overstated in report
Bitcoin could hit $50,000 this year & such volatility is normal, expert tells RT
IPhone addiction may be a virtue, not a vice for investors
China & Russia to crash bitcoin & trade oil in yuan: Saxo Bank's ‘outrageous’ predictions for 2018
Apple apologizes for ‘misunderstanding’ over slowing down older iPhones
Tags
Apple ، Wozniak reveals ، bitcoin
Your Comment