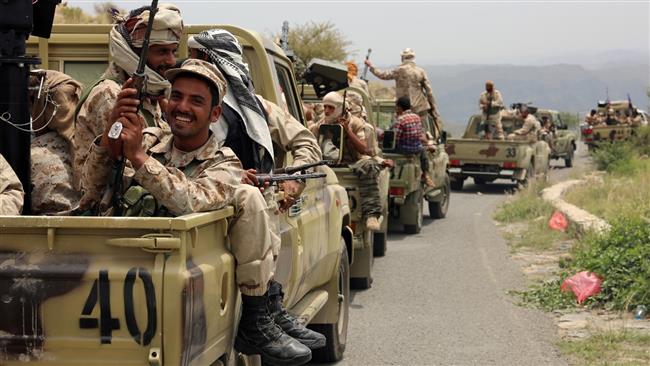 The report came as Hadi loyalists have been deployed across Aden ahead of a deadline given by the UAE-allied Southern Transitional Council to Hadi to dismiss his cabinet, led by self-proclaimed prime minister Ahmed Obeid bin Daghr.

The council, which was formed last year to push for a split between Yemen's southern and northern parts, has accused the Hadi administration of pushing the impoverished country to the verge of famine.

In a statement carried by the Saba news agency, the pro-Hadi Yemeni interior ministry announced a ban on gatherings, sit-ins or marches in Aden.

“These actions will be considered acts that target stability and calm," read the statement, adding that armed groups will also be banned from entering Aden.

Aden, Yemen’s second largest city, used to be the capital of the once independent South Yemen before unification in 1990.

The port city has now turned into a scene where Saudi Arabia and the UAE, members of a Riyadh-led coalition that is waging a war on Yemen, are competing for influence. 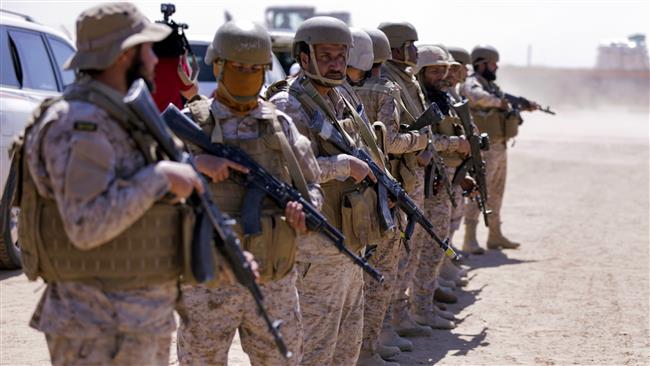 The crisis has further deepened in Aden amid recent calls for the secession of South Yemen and bomb attacks by terrorists.

The Saudi aggression was launched in March 2015 in support of Yemen’s former Riyadh-friendly government and against the country’s Houthi Ansarullah movement, which has been running state affairs in the absence of an effective administration.

The offensive has, however, achieved neither of its goals despite the spending of billions of petrodollars and the enlisting of the cooperation of Saudi Arabia's regional and Western allies.

The Saudi-led campaign, which is accompanied by a land, aerial and naval blockade of Yemen, has so far killed more than 13,600 people and led to a humanitarian crisis.

On Thursday, Hadi loyalists launched an operation, with the help of Saudi airstrikes, to capture Yemen's southwestern city of Ta'izz from the Houthi fighters.

The Saudi-led coalition has also sent armored vehicles, tanks and ammu
nition to Ta'izz in a bid to help the mercenaries advance against the Houthis, said a pro-Hadi commander.