TEHRAN, January 28 - An amateur astronomer hunting for radio signals of secret military satellites has discovered a NASA orbital that was written off more than a decade ago. 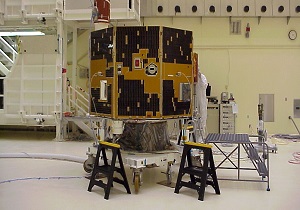 TEHRAN, Young Journalists Club (YJC) - The Imager for Magnetopause-to-Aurora Global Exploration (IMAGE) was found still broadcasting by stargazer Scott Tilley on January 20. Tilley had been scanning high-Earth orbit for evidence of Zuma, a secret US satellite rumored to have failed after launch from Cape Canaveral in Florida on January 8, when he picked up a signal from another spacecraft marked “2000-017A, 26113.”

The astronomer, who documented the find in a blog post this week, ran an identity scan that revealed it to be IMAGE, the $150-million satellite designed to monitor the Earth’s magnetosphere. NASA launched the satellite in 2000 but lost contact with it at the end of 2005. During that time, IMAGE studied the impact of magnetic storms in the Earth’s atmosphere and even created a 3D map of the charged particles that move along our planet’s magnetic field lines.

NASA put the loss of the satellite down to a freak failure in the power system, according to a report by the the agency’s Failure Review Board. “A recurrence of the anomaly is possible and cannot be prevented,” the report concluded.

The space agency, working with researchers from Johns Hopkins University Applied Physics Lab in Maryland and the University of California, Berkeley, has now begun searching its archives for old software in order to contact IMAGE. Scientists have detected something other than telemetry within the radio signal so there is hope the satellite can be put it back into operation. “The team is collectively holding their breath waiting for some real information exchange between IMAGE and the ground,” Patricia Reiff, a former member of the IMAGE team, told Science.