TEHRAN, January 28 - France may no longer be the eurozone's deficit dunce but President Emmanuel Macron must do more to improve the country's finances "if he wants to be the leader in Europe", the EU's economy commissioner said Sunday. 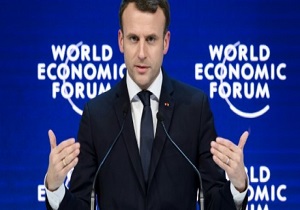 TEHRAN, Young Journalists Club (YJC) - France has long been in the EU's crosshairs over its deficit, which has repeatedly overshot an EU limit of three percent of gross domestic product.

Macron, who is pushing for a profound transformation of the EU, has slashed public spending in a bid to restore France's credibility, driving down the deficit to an estimated 2.9 percent in 2017 -- the first time in a decade it will come in at under three percent.

In an interview with France's Europe 1 radio Economic Affairs Commissioner Pierre Moscovici urged Macron not to rest on his laurels and to continue reforming France's big-spending ways.

"Three percent is not a target, it's an absolute limit," the former French economy minister said, adding that while he was satisfied his country was no longer the "dunce" of the eurozone its deficit was still far in excess of the eurozone average.

The French government has forecast a deficit of 2.8 percent in 2018 -- a figure seen as somewhat optimistic by Brussels which expects it to remain at 2.9 percent before inching back up to 3 percent in 2019.

"But France must aim very high, it must aim for the top spot," Moscovici, a Socialist, urged, calling for a "very strong deficit reduction"

His call comes at the end of a week in which France's Court of Auditors -- the public spending watchdog -- also warned that the eurozone's second-biggest economy was not on a sound footing deficit-wise.

"Even with a deficit under the three percent limit, France still has one of the worst financial situations among almost all its eurozone partners," the court's president Didier Migaud warned, calling for faster structural reforms.