TEHRAN, January 28 - Chief of Staff of the Iranian Armed Forces Major General Mohammad Hossein Baqeri ordered the country’s Armed Forces to help in relief operations if needed after heavy snowfall causes disruption in some parts of the country on Sunday. 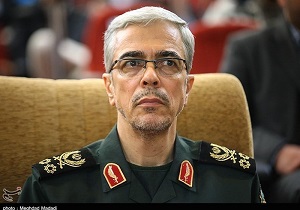 TEHRAN, Young Journalists Club (YJC) - In a message released on Sunday, Major General Baqeri ordered all military units of the country to employ their equipment and manpower and cooperate with rescue workers.

The top commander also announced the Armed Forces’ readiness to help in efforts to open roads across the country that have been closed due to the heavy snow.

The snowstorm that has blanketed much of Iran’s western and northern parts has also caused power outages and rising gas consumption in some areas.

The snowfall has in the meantime raised hopes for better water reserves, as low precipitation had caused concerns about drought and a harsh summer in Iran.