TEHRAN, January 28 - A group of Muslims held a mass prayer in front of the White House in Washington DC, to protest US President Donald Trump's travel ban on the one year anniversary of its signing. 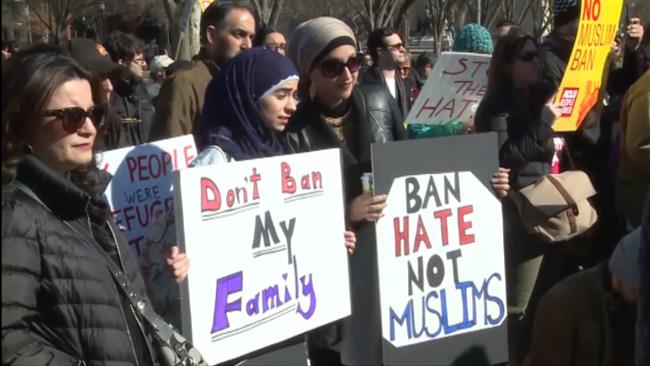 TEHRAN, Young Journalists Club (YJC) - Trump signed an executive order on January 27, 2017, banning citizens of seven Muslim-majority nations from entering the US. The order was met with nationwide protests and court moves to block it.