TEHRAN, January 29 -Twitter, Facebook and Google had a hard time providing evidence of “Russian meddling” on social media, transcripts from the US Senate show. However, they did shockingly reveal that RT America had purchased ads aimed at Americans. 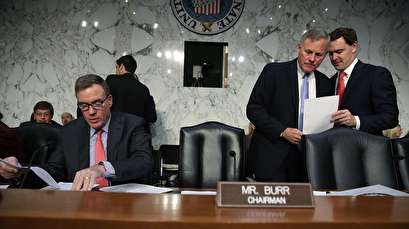 TEHRAN, Young Journalists Club (YJC) -Twitter, Facebook and Google had a hard time providing evidence of “Russian meddling” on social media, transcripts from the US Senate show. However, they did shockingly reveal that RT America had purchased ads aimed at Americans.

On Friday, the US Senate Intelligence Committee released answers provided by Twitter, Facebook and Google in response to questions concerning Russia’s alleged meddlesome use of social media in the devious pursuit of uprooting American democracy.

The Senate’s questions included breathless demands that the tech giants explain why Edward Snowden and Julian Assange are “allowed” to use their services, as well as more mundane requests, such as asking Google if it can confirm crackpot rumors spread by Ukrainian President Petro Poroshenko. However, it turns out the questions were considerably more sensational and accusatory than the tech giants’ responses, which in some cases even raised doubts about the narratives being promoted by the US government and media outlets.

Tom Cotton, the Republican senator from Arkansas, had by far the most colorful questions for the three tech giants. During his thorough interrogation of Twitter, he asked whether company’s terms of service prohibit “collaboration with Russian intelligence services to influence an election.” (Twitter reassured the good senator that exerting “artificial influence on an election [is] likely to violate any number of Twitter’s rules and policies.”)

But Cotton’s best moment came when he demanded “justification for allowing entities and individuals such as WikiLeaks, Julian Assange, and Edward Snowden to maintain Twitter accounts.”

Twitter very delicately informed Cotton that “we do not bar controversial figures from our platform or prohibit accounts from posting controversial content … So long as those accounts remain in compliance with our policies, we do not take action against their Tweets or suspend them from the platform.” Undeterred, Cotton asked these same questions to Facebook – and received very similar answers.

In one of the more underwhelming revelations disclosed by the tech giants in the newly-released documents, Twitter reported that “of all of RT’s ad campaigns, 11 were targeted exclusively at English-language speakers, and several others—including all of @RT_America’s seven campaigns—used geographic targeting to focus on US users.”

Twitter also revealed that it had identified nine accounts as being “potentially linked to Russia that promoted election-related, English-language content.” Of these nine nefarious accounts “potentially linked” to Russia, “the most significant use of advertising was by @RT_com and @RT_America. Those two accounts collectively ran 44 different ad campaigns, accounting for nearly all of the relevant advertising we reviewed,” according to Twitter. Once again, Twitter forgot to mention that it pitched a proposal for RT to spend huge sums on advertising for the US presidential election – an offer which RT declined.