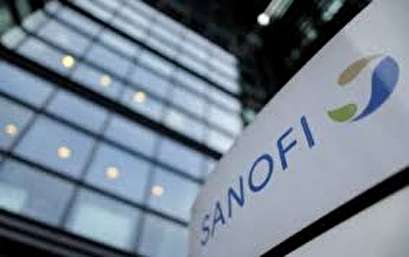 The deal is a further sign of accelerating mergers and acquisition (M&A) activity in the global biotech sector and comes after Ablynx rejected a 2.6 billion euro offer from Denmark’s Novo Nordisk.

Sanofi said on Monday it would pay 45 euros per share in cash for Ablynx, a premium of 21.2 percent over its closing price on Friday - and more than double the price before Novo went public with its initial offer.

This month has seen a spike in multibillion-dollar deals in biotech, with U.S.-based Celgene paying $9 billion for cancer specialist Juno Therapeutics, and several experts predicting a bumper year for M&A.

Such deals are being driven by the need of large drugmakers to tap the promising new medicines being developed by smaller rivals to help revive flagging growth.

“With Ablynx, we continue to advance the strategic transformation of our research and development, expanding our late-stage pipeline and strengthening our platform for growth in rare blood disorders,” Sanofi Chief Executive Officer Olivier Brandicourt said.

Last week, Sanofi agreed to buy U.S. haemophilia specialist Bioverativ for $11.6 billion, its biggest deal for seven years and a major play to strengthen its presence in treatments for rare diseases.

Sanofi said Ablynx would boost long-term value for its shareholders, while the takeover was expected to have a neutral impact on Sanofi’s business earnings per share (EPS) in 2018 and 2019.

Sanofi is already one of Ablynx’s big pharma partners, after striking a deal in July 2017 to find new treatments for inflammatory diseases.

By buying the company outright it will now get access to Ablynx’s most promising asset, the experimental drug caplacizumab for treating the rare bleeding disorder acquired thrombotic thrombocytopenic purpura.

Brandicourt said caplacizumab would complement Sanofi’s line-up of blood products, following the acquisition of Bioverativ and an earlier deal to obtain global rights for fitusiran from Alnylam.

Analysts at Liberum said Sanofi would be able to use its existing infrastructure and the recently acquired platform from Bioverativ to help to commercialize caplacizumab.

The rare blood drug was also the main attraction for Novo Nordisk.

The Danish group has sat out previous rounds of M&A in the drugs sector to focus on its core diabetes business but it now needs to find new products for its struggling smaller biopharmaceutical unit, where Ablynx would have been a good fit.

A spokesman for Novo Nordisk declined to comment on the Sanofi deal.

Shares in Sanofi were little changed in early trade, following news the French company was paying far more for a business than Novo had offered just a few weeks ago

Pricing considerations were offset by relief that Sanofi was finally taking action to improve its drugs portfolio, following its past failure to land big deals.