TEHRAN, January 29 - Thousands of students and Communist Party militants staged a torch-lit march in Havana on Saturday, January 27, in commemoration of the 165th anniversary of the birth of independence hero, Jose Marti. 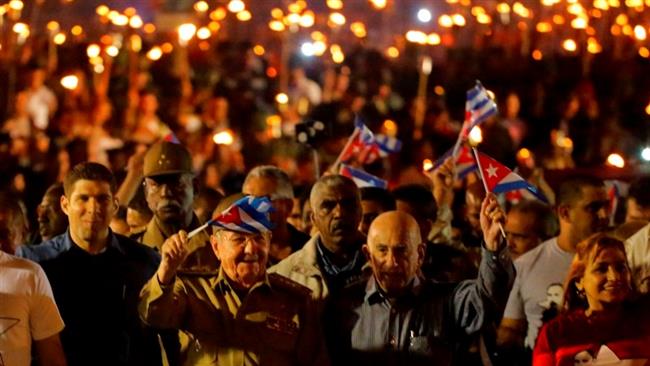 The procession included party militants and some military cadres, but was mostly comprised of students from the University of Havana, with some paying homage to the past, but saying they hope for more progress in the country.

President Castro is due to step down from power in April - which could leave the island governed by a leader not named Castro for the first time since the 1959 revolution.