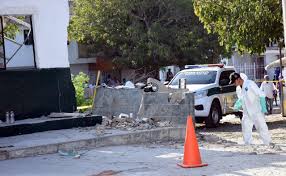 TEHRAN, Young Journalists Club (YJC) - The government and the National Liberation Army (ELN) have been in talks since February 2017 to end a five decade war.

"My patience and the patience of the Colombian people has its limits and I have taken the decision to suspend the start of the fifth cycle of negotiations that was scheduled for the coming days, until we see coherence between the ELN's words and its actions," Santos said at an event close to Bogota.