TEHRAN, January 29 - For years, Western countries and companies held claims about being champions of human and animal rights, sometimes going to great lengths in using such rights as a tool to criticize other countries and a pretext to hide the ulterior political motives that were behind such criticism. However, new reports emerging on Western media from time to time reveal that their claims to advocating human and animal rights may not be as genuine as they claim. 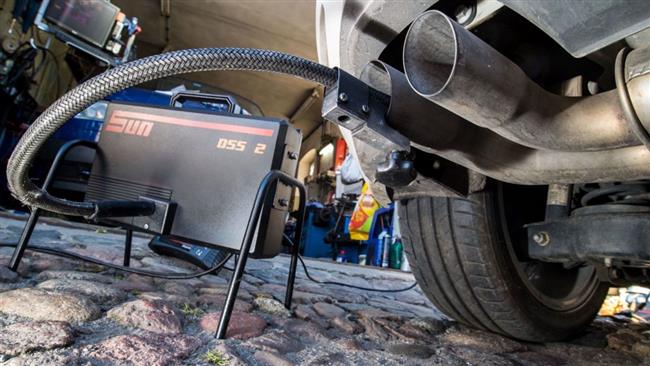 TEHRAN, Young Journalists Club (YJC) - A new case to the point was made public on Monday as, according to the AFP and The Associated Press, German carmakers came under fire following revelations that they helped finance experiments, which saw humans and monkeys exposed to diesel fumes that have been linked to asthma, lung diseases and heart attacks.

The tests were reportedly carried out by a research group funded by major German auto companies.

A recent report by the New York Times found that the research group, which was financed by top German car manufacturers, had commissioned experiments in which one group of monkeys was exposed to diesel exhaust from a late-model Volkswagen, while another group was exposed to fumes from an older Ford pickup.

"Revelations about the research, which ... was portrayed by an episode of the documentary “Dirty Money” that began airing on Netflix on Friday, developed into a public relations disaster for the companies: Volkswagen, Daimler and BMW," the New York Times wrote.

According to AP report, the experiments were carried out in 2014 before Volkswagen was caught using software that let vehicles cheat on emissions tests. They were intended to show modern diesel technology had solved the problem of excess emissions, but according to the New York Times report the Volkswagen car in the tests was equipped with illegal software that turned emissions controls on while the car was on test stands and off during regular driving.

Volkswagen admitted using the software in 2015, which was followed by public scrutiny of diesel emissions as authorities discovered that other companies' vehicles also had higher emissions on the road than during testing.

Volkswagen Chairman Hans Dieter Poetsch moved react to the reports, saying that the tests must be "investigated completely and without reservation," the DPA news agency reported.

"These tests on monkeys or even humans are in no way ethically justified," said Merkel's spokesman, Steffen Seibert, on Monday, adding, "The indignation felt by many people is completely understandable."

According to the Sueddeutsche and Stuttgarter Zeitung dailies, a research group funded by Volkswagen, Daimler and BMW had ordered a study in Germany to measure the effects of inhaling nitrogen oxide gases on 25 healthy individuals.

After the disclosures sparked widespread outrage, Volkswagen Chairman Hans Dieter Poetsch on Monday apologized for the animal testing at the weekend and said that "in the name of the whole board, I emphatically disavow such practices."

German acting transport minister Christian Schmidt said on Monday that the government has called a special meeting with the affected car companies to ask for explanations.

"This has once again damaged trust in the auto industry," he said.

All the three German carmakers distanced themselves from the research team in question -- the now defunct European Research Group on Environment and Health in the Transport Sector (EUGT) -- and promised to launch internal investigations.

"We are appalled by the extent of the studies and their implementation," a Daimler spokesman told AFP.

"The BMW Group did not participate in the mentioned studies," the luxury carmaker said in a statement.

VW also said the EUGT was set up to be an "independent" research body.

The governor of the German state of Lower Saxony, a major shareholder in Volkswagen, added his voice to calls for quick answers.

Stephan Weil, who sits on VW's supervisory board, stressed that "the behavior of the company must in every respect fulfill ethical demands." He said he hadn't known about the tests.