TEHRAN, January 30 -The Republican Governors Association (RGA) says it is returning $100,000 out of millions in donations it received from billionaire Steve Wynn in the wake of multiple sexual misconduct allegations against the casino mogul. 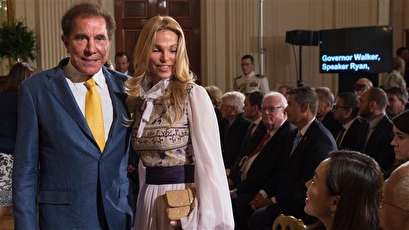 TEHRAN, Young Journalists Club (YJC) -The Republican Governors Association (RGA) says it is returning $100,000 out of millions in donations it received from billionaire Steve Wynn in the wake of multiple sexual misconduct allegations against the casino mogul.

Following a Wall Street Journal report regarding accusations against Wynn from employees at his gambling establishments and properties that span decades, Republican authorities have come under pressure to respond to the charges.

According to the New York-based daily, Wynn reached a $7.5 million settlement with a manicurist who worked at his Wynn Las Vegas property, alleging that the Republican Party official forced her into a sexual relationship. Other women have also reported multiple other instances of inappropriate touching or comments.

Wynn was tapped to serve as the RNC’s finance chairman after Trump's presidential inauguration last year. He previously described Trump as a "great friend" in 2016 and served as a vice chairman on the US president’s inaugural committee.

The wealthy gambling promoter has donated to various pro-Israel political institutions as well as both Republican and Democratic lawmakers across the US.

He further donated nearly $450,000 to the RNC and more than $761,000 to the National Republican Senatorial Committee.

The casino mogul has also made smaller donations to other Republican members of the US Congress, including Senate Majority Leader Mitch McConnell and Senators Marco Rubio of Florida, Jeff Flake of Arizona, Tim Scott of South Carolina, Orrin Hatch of Utah, and Bob Corker of Tennessee.

The RGA is keeping almost all of the money Wynn has given them throughout many years of his support for GOP candidates. Steve Wynn and the corporations he controls have donated more than $2.5 million to the Republican Governors Association, ThinkProgress reports.

But the group explained that it cannot return that money since it has already been spent in past election cycles and pointed to Democratic lawmakers who have also received money from his company and face similar circumstances.

In 2015 and 2016, the RGA raised about $100 million, so if they were to return all of Wynn’s recent donations, it would amount to a tiny fraction of the association’s total budget.