TEHRAN, January 30 -A Russian Su-27 jet has intercepted a US Lockheed EP-3 surveillance plane over the Black Sea. 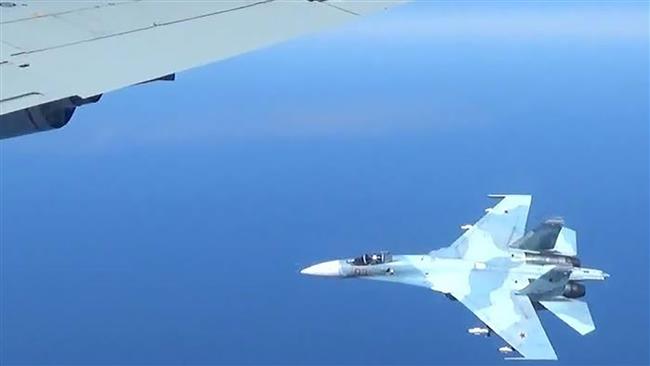 A Russian Su-27 jet has intercepted a US Lockheed EP-3 surveillance plane over the Black Sea.

"The entire flight of the Su-27 was conducted in accordance with international regulations, and there were no emergency situations,” said the Russian Ministry of Defense in a statement released on Monday.

The incident occurred on Monday, while Moscow scrambled the Su-27 in response to unidentified flying object which was headed for the Russian border.

After identifying the US plane as a ЕР-3Е Aries II, the Su-27 then proceeded to escort it away from Russian airspace “at a safe distance.”

US claims intercept was 'unsafe'

Following the incident the US State Department claimed that the intercept had been "unsafe" as the Russian plane had come within a distance of 1.5 meters of the American plane.

"This is but the latest example of Russian military activities disregarding international norms and agreements," the statement said, calling on Russia "to cease these unsafe actions."

The US navy also claimed that the Russian plane's maneuvers had not been safe.

“This interaction was determined to be unsafe due to the Su-27 closing to within five feet [1.5 meters] and crossing directly through the EP-3’s flight path, causing the EP-3 to fly through the Su-27’s jet wash,” it said.

Intercepts by Russian and NATO planes when aircraft approach each other for identification have become frequent occurrences over the Baltic Sea over the past few years, as the Western alliance bolsters its presence in the region after Crimea’s reunion with Russia and the Ukrainian conflict.

The Kremlin has repeatedly censured what it perceives as mounting anti-Russia hysteria and Russophobia in Europe, and calls NATO's military buildup at its doorstep a threat to its national security. Furthermore, Moscow accuses NATO of fearmongering to justify larger defense expenditure by its member states.