TEHRAN, January 30 -The threat of sanctions is putting enough pressure on Russia for now, but new penalties may hit Moscow’s arms trade partners abroad, the Trump administration says, adding there are more details in a classified report to Congress. 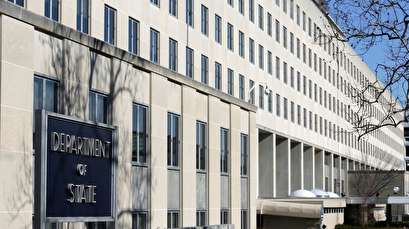 TEHRAN, Young Journalists Club (YJC) -The threat of sanctions is putting enough pressure on Russia for now, but new penalties may hit Moscow’s arms trade partners abroad, the Trump administration says, adding there are more details in a classified report to Congress.

Monday was the date set for the administration to begin imposing sanctions under the Countering American Adversaries Through Sanctions Act (CAATSA), adopted with overwhelming majorities in the House and Senate last July.

“Today, we have informed Congress that this legislation and its implementation are deterring Russian defense sales,”State Department spokeswoman Heather Nauert said. Since the law was enacted “we estimate that foreign governments have abandoned planned or announced purchases of several billion dollars in Russian defense acquisitions,” she added.

Members of Congress were informed in a classified briefing, according to a statement cited by Politico reporter Elana Schor.

Under CAATSA, the US has been putting foreign governments and private entities “on notice,” warning them against “significant transactions” with Russia. This, according to the State Department, is pressuring Russia to address the allegations Washington has been throwing at Russia for the past few years: “aggression in Ukraine, interference in other nations’ domestic affairs and abuses of human rights.”

“When and if we have sanctions to announce, we will do so,” it added. Even so, the measures would be primarily aimed against “non-Russian entities that are responsible for significant transactions with Russia’s defense and intelligence sector.”

The goal of the sanctions would be to deny Moscow the profits from selling Russian military and intelligence equipment, Nauert explained.

Russia has been among the world’s leading military exporters, trailing behind the US alone in the past five years. According to a report by The Stockholm International Peace Research Institute (SIPRI), while the US share of the global arms sales amounted to 33 percent during that period, Russia accounted for 23 percent. In 2016, Russian arms exports rose by 3.8 percent reaching $26.6 billion.

The data provided by the British military analytics company Jane’s Information Group however indicates that Russia’s arms sales suffered a nine percent drop in 2016, but were predicted to grow in 2017, for the first time in five years.

While the exact numbers for 2017 are not yet available, Rosoboronexport officials in March projected they would top 2016 figures. The year saw a number of major military deals struck by Russia, including the $2.5 billion credit agreement to deliver state-of-the-art S-400 air defense missile systems to Turkey despite vocal opposition from NATO.

Russia has also been in talks with Indonesia over the purchase of a fleet comprising 11 SU-35 fighters for $1.14 billion. Earlier in January, a newly appointed Indonesian Air Force chief expressed hope that the contract would be finalized before the end of month.

Nauert's statement falls short of the expected “oligarchs list” outlined in CAATSA, which would have included “indices of corruption” and the net worth and known sources of income of the people named and their spouses, children, parents, and siblings. Any US assets, such as real estate, were also ordered to be listed, according to the New York Times.

The intent was to “name and shame” Russian oligarchs and send a message that “Putin’s aggression in terms of Russian interference in our elections will be very costly to them,” said Daniel Fried, a former assistant secretary of state who led the State Department Russia sanctions office, as quoted by USA Today.