TEHRAN, January 30 - Jordan’s King Abdullah II has vowed to stand by the Palestinian cause, calling on the international community to defend the Palestinian nation’s right to Jerusalem al-Quds amid US and Israeli attempts to change the ancient city’s status quo. 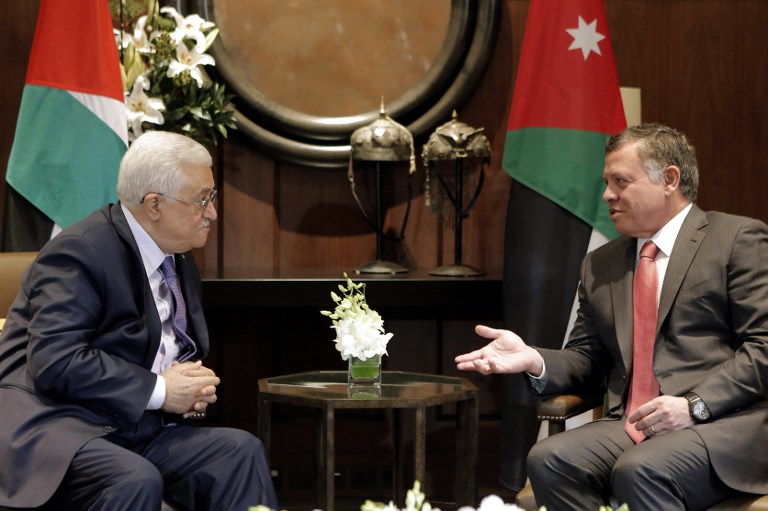 TEHRAN, Young Journalists Club (YJC) - Abdullah made the remarks in a meeting with Palestinian President Mahmoud Abbas in Amman on Monday.

Following the meeting, Jordan’s royal court said that the king had “affirmed Jordan’s continued efforts in all international forums to defend the Palestinian cause.”

Abdullah had also urged the international community “to safeguard the rights of Palestinians, Arabs, Muslims and Christians in the city of Jerusalem [al-Quds],” which he said was “the key to achieving peace and stability in the region,” Jordan’s official Petra news agency reported.

Senior Palestinian official Saeb Erekat said the two sides had “agreed on organizing the upcoming Arab ministers’ meeting and the Arab summit, as well as calling on the General Assembly and the Security Council to recognize the state of Palestine and to prohibit any other nations from moving their embassies to Jerusalem [al-Quds] or recognizing Jerusalem [al-Quds] as the capital of Israel.”

The occupying regime of Israel lays claim to the whole Jerusalem al-Quds, but the international community views the ancient city’s eastern sector as occupied land and Palestinians consider it as the capital of their future state.

He declared that the US was recognizing Jerusalem al-Quds as the “capital” of Israel and planning to relocate the American embassy from Tel Aviv to the city.

Jordan , the custodian of Muslim holy sites in Jerusalem al-Quds, rejected any attempt to change the status of Jerusalem or its holy sites.

During Monday’s meeting, Abbas briefed King Abdullah on his attempts to resolve the challenges facing the Palestinian cause and Jerusalem al-Quds.

The Palestinian leader further appreciated Jordan’s backing for the Palestinians and its protection of the holy places in Jerusalem al-Quds.

In another hostile move against the Palestinians, the Trump administration said earlier this month that it would withhold $65 million $65 million of a $125 million aid installment to the United Nations Relief and Works Agency for Palestine Refugees (UNRWA).

The cut placed the agency in the most severe funding crisis of its history and triggered condemnations.

Elsewhere in their talks, Abbas and Abdullah discussed the need to sustain international support for UNRWA’s services to Palestinians, given that there are 6 million Palestinian refugees registered with the UN.