TEHRAN, January 30 - The European Union (EU) has threatened to take top air-polluting members France, Germany, and Britain to court if they fail to heed a final warning to comply with standards for hazardous air pollutants. 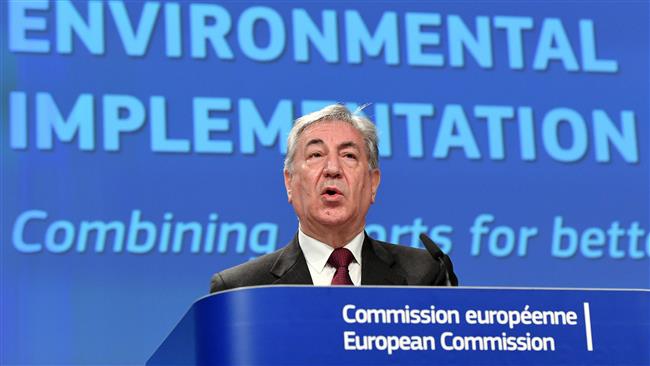 TEHRAN, Young Journalists Club (YJC) - The EU on Tuesday summoned the environment ministers of France, Germany, and Britain, as well as those of seven other member states, for a “final chance” to resolve matters.

Otherwise, Schinas warned, “the cases will follow their way” to the European Court of Justice.

The other countries whose environment ministers were summoned were Spain, Hungary, Italy, the Czech Republic, Slovakia, and Romania.

The nine countries are deemed to regularly exceed particulate matter and azote dioxyde emission limits set by the EU.

This is while the European Commission says that a total of 23 of the 28-nation bloc members exceed air quality norms. The problem affects over 130 European cities.

Within the bloc, fine particulates were responsible for three out of four premature pollution deaths (399,000 out of 487,600) in 2014, according to EU figures.

Earlier this month, the EU environment commissioner said millions of Europeans suffered from chronic health conditions such as asthma, heart disease, and lung cancer due to poor air quality.

The commissioner said establishing incentives for public transport, clean energy, and the agricultural sector as well as better urban planning and building design were among the measures the member states had to take.

“I trust that the environment ministers will be on the same page,” Vella said ahead of the Tuesday gathering.

Two other top polluting countries, Bulgaria and Poland, were not summoned to the meeting as they have already been brought before the European Court of Justice over their failure to take action to reduce air pollution.