The Trump administration escalated efforts to put pressure on Iran on Monday, taking ambassadors from the United Nations Security Council on a field trip to inspect what American officials called remnants of Iranian missiles and other weaponry illegally supplied to Yemen. 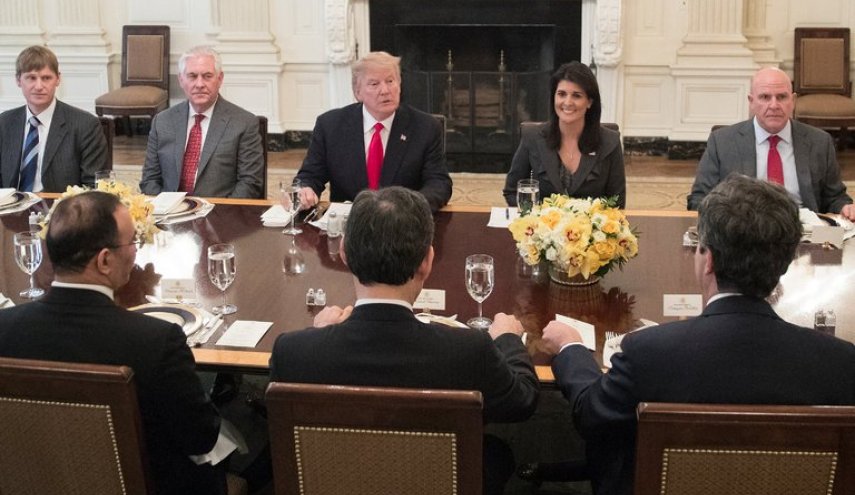 The ambassadors were also White House lunch guests of President Trump, who pressed them to counter “Iran’s destabilization activities in the Middle East.”

The missile fragments, along with other military equipment, were first claimed last month by Nikki R. Haley, the American ambassador to the United Nations. She presented them as claim that Iran had violated United Nations sanctions on supplies of weaponry to Houthi group in Yemen, where more than 10,000 people have died in a war that began three years ago by Saudi Arabia.

At the time, weapons experts said the presentation — of fragments of what military officials said were Iranian-made Qiam missiles, as well as a drone and an antitank missile — had failed to prove conclusively that Iran violated any sanctions.

It was unclear on Monday whether Ms. Haley, who led her Security Council colleagues on the tour at Joint Base Anacostia-Bolling, provided additional material to bolster the administration’s case.

Since March 2015, the Saudi regime has been heavily bombarding Yemen as part of a brutal campaign against its impoverished southern neighbor in an attempt to reinstall Yemen’s former President Abd Rabbuh Mansur Hadi, a staunch ally of Riyadh, and crush the popular Houthi Ansarullah movement, which is in control of large parts of Yemen, including the capital. The Saudi campaign, however, has failed to achieve its goals.

Over the past two years, Houthis have been running state affairs and defending Yemeni people against the Saudi aggression.

The Saudi-led campaign, which is accompanied by a land, aerial and naval blockade of Yemen, has so far killed more than 13,600 people and led to a humanitarian crisis.

The war, which enlists the participation among others of the United Arab Emirates, Jordan, Egypt, Bahrain, Kuwait, Morocco, Sudan, and Senegal, has been reinforced by weapon supplies and logistical support from the United States and the United Kingdom.