TEHRAN, January 30 - "IKAP's selected suppliers have proved they are fully capable of entering Peugeot supply chain and can join us in our project in the city of Oran in Algeria to produce 70,000 vehicles." 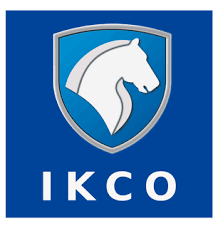 TEHRAN, Young Journalists Club (YJC) - In a meeting in the presence of Peugeot and IKAP managers with representatives from IKAP project suppliers, Yannick Bézard, Executive Vice President, Director Purchasing at Peugeot SA Elaborated on a production project of 70,000 sets of vehicles in Oran, Algeria.

Referring to the long time cooperation of the two companies of Peugeot an IKCO, he then called on Iranian auto parts makers to cooperate in this project.

Given the fact that the elected Iranian auto parts makers are the best in their field of work, they can also take steps to supply spare parts to the entire European market in PSA's new program, he noted.