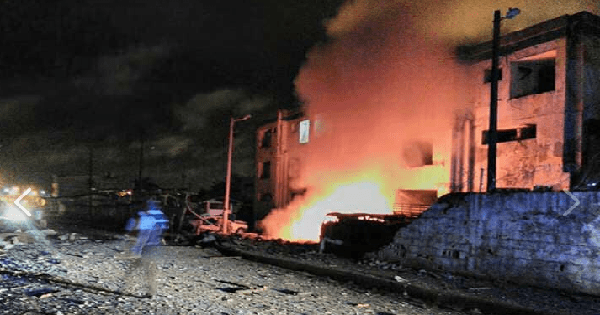 TEHRAN, Young Journalists Club (YJC) - “The Islamic Republic of Iran as one of the victims of terrorism and one of countries seriously fighting organized crimes condoles with Ecuadorian nation and government and stresses that battling organized criminal networks needs unity and cooperation among friendly countries and the international community more than before,” the embassy said in a statement.

“We are ready to share our experiences in this fields and we hope that we can witness a world free from violence and terrorism through increasing cooperation and toughly confront perpetrators behind such attacks.”

The explosion, took place in the city of San Lorenzo and injured 14 police officers.

Preliminary evidence suggests that a "car bomb" may have been used to target the police command center.

Security sources told local newspaper El Comercio they were investigating the attack by irregular forces using a car bomb. While no death were reported several persons were injured, but none of these persons are reported to be in a critical condition.