TEHRAN, January 30 - Russian officials slammed the US for publishing a blacklist of senior Russian government officials, with a senator saying the move is tantamount to a breakdown of already tense relations between the two sides. 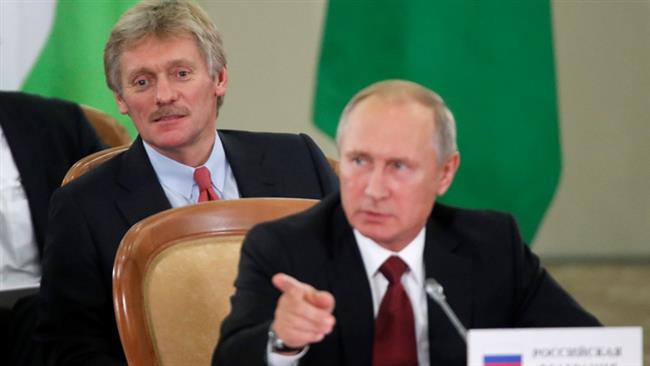 TEHRAN, Young Journalists Club (YJC) - The US Treasury Department late Monday released a long-awaited list of 114 Russian politicians and 96 “oligarchs” close to the Kremlin, fulfilling a demand by Congress that the US punish Moscow for allegedly interfering in the 2016 US election.

“You can see that de facto everybody [included on the list] is called an enemy of the US,” Dmitry Peskov, spokesman for the Russian president, stated on Tuesday.

Peskov said that the text and the headline of the document are written in accordance with the Countering America’s Adversaries Through Sanctions Act, signed into law by US President Donald Trump in 2017.

He said that the publication of the so-called “Kremlin List” may damage “the image and reputation of our firms, our businessmen, our politicians, and of members of the leadership.”

He said Russia would analyze the document, which he described as “unprecedented” in its scope before drawing further conclusions.

The Kremlin also indicated that it did not view Washington’s announcement that it would not impose any new sanctions on Russia for now as any sort of reassurance.

Peskov said the Kremlin noted that new sanctions might still be imposed later.

“Formally our countries have relations, but including in the sanctions list almost all our country’s leadership means that those relations automatically break down,” Dzhabarov, who is First Deputy Chairman of the Federation Council Committee on Foreign Affairs noted.

The “Kremlin List” also names Russian businessmen -- from the heads of the biggest banks to heads of major transport companies -- including Alisher Usmanov and Roman Abramovich.

Ties between Moscow and Washington soured after US officials accused Russia of meddling in the 2016 US presidential election. The Kremlin has repeatedly denied the allegations.

Russia and the United States also have differences about the conflicts in Ukraine and Syria.

Share to
Related News
US undermining UN anti-biowarfare effort while building its own security mechanism – Lavrov
US Treasury’s blacklist could provide a huge boost for Russia’s budget
US State Dept boasts 'billions' of arms deals diverted from Russia, refuses to name any
After year of bitter feuds, Trump urges bipartisan cooperation
Tags
Kremlin ، Russia ، US ، blasklist
Your Comment