TEHRAN, January 30 - The United Nations Children’s Fund has warned that hundreds of thousands of children could starve as a result of sanctions on North Korea. UNICEF said the inability of humanitarian staff to deliver aid there had put many children in lethal malnutrition condition. 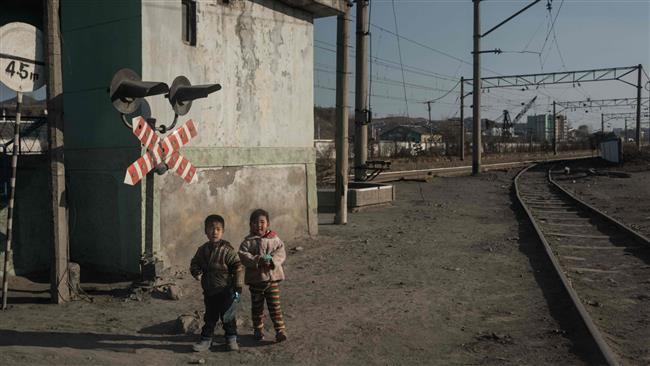 “We are projecting that at some point during the year 60,000 children will become severely malnourished. This is the malnutrition that potentially can lead to death. It’s protein and calorie malnutrition,” said Fontaine, adding, “So the trend is worrying, it’s not getting any better.”

The UNICEF also estimated that some 200,000 North Korean children are now in acute malnutrition category.

The United States and its allies in the West and in Asia engineered tough UN sanctions on North Korea last year when Pyongyang test-fired two missiles in July and then carried out its most powerful nuclear test in August.

However, many said the sanctions would not deter North Korea from pursuing its nuclear and missile program, which Pyongyang insists is part of its defense policy against the United States. Critics have repeatedly warned that sanctions would more affect North Korean people rather than its military and the government.

Omar Abdi, UNICEF deputy executive director, said Tuesday that sanctions had already hampered the delivery of humanitarian aid to North Koreans as those channeling the aid feared being implicated.

“But what happens is that of course the banks, the companies that provide goods or ship goods are very careful. They don’t want to take any risk of later on being associated (with) breaking the sanctions,” said the UNICEF official in a conference with reporters.

Abdi said sanctions had clearly affected money supply, shipping lines and fuel delivery to the people in need in the Democratic People’s Republic of Korea.

“That is what makes it more difficult for us to bring things. So it takes a little bit longer, especially in getting money into the country. But also in shipping goods to DPRK. There are not many shipping lines that operate in that area,” he said.