TEHRAN, January 31 -South Korea will begin a joint training program at the Masikryong ski resort in North Korea on Wednesday as had been initially planned, the South’s Ministry of Unification said, with a 45-person delegation engaging in a two-day trip. 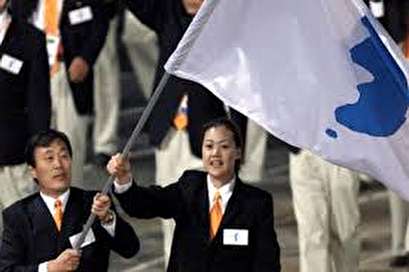 TEHRAN, Young Journalists Club (YJC) -South Korea will begin a joint training program at the Masikryong ski resort in North Korea on Wednesday as had been initially planned, the South’s Ministry of Unification said, with a 45-person delegation engaging in a two-day trip.

The South Korean delegation, which includes roughly 30 athletes, flew in a chartered Asiana Airlines plane at 0140 GMT on Wednesday from Yangyang International Airport in northeastern South Korea to Kalma Airport in Wonsan, the ministry said.

The charter had been set up in order not to conflict with existing sanctions imposed against North Korea by the United States, spokesman Baik Tae-hyun told a regular briefing.

Baik said he could not say how Asiana was selected for the charter flight.

According to U.S. unilateral sanctions against North Korea, no ship or aircraft can visit the United States within 180 days of going to North Korea.

“Negotiations were made (with the United States) to avoid conflict with sanctions for this time only,” said Baik, adding Washington had given its consent for the flight on Wednesday.

The South Korean delegation will be joined on their return trip by North Koreans who will visit the South to prepare for the Pyeongchang Olympics that begin on Feb. 9.

North and South Korea launched rare talks early in January to bring North Koreans to the Winter Olympics after the North’s leader, Kim Jong Un, said in a New Year’s address he was willing to open discussions with Seoul.

The two Koreas have since agreed on several things, including cultural performances by North Korea in the South and a unified women’s ice hockey team for the Olympics.

They were also scheduled to hold a joint cultural performance in North Korea’s Mount Kumgang resort but Pyongyang decided to call it off late on Monday, blaming South Korean media for encouraging “insulting” public sentiment about the North.

Asked why South Korea or North Korea had not called off Wednesday’s joint training, Baik said it was “inappropriate” to try to assess Pyongyang’s intentions while the South was only carrying out its agreements made with the North.

“Whatever North Korea is thinking, we believe stable peace on the Korean peninsula should be created by utilising new developments and North Korea’s participation in the Winter Games, led by us,” said Baik.