US State Dept boasts 'billions' of arms deals diverted from Russia, refuses to name any

TEHRAN, January 31 -The State Department has hailed its “real success” in deterring Russian defense exports, claiming Moscow will come up “several billion dollars” short. Officials, however, could not specify which deals were 'derailed.' 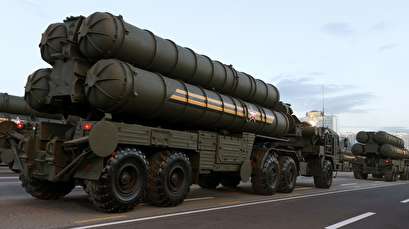 TEHRAN, Young Journalists Club (YJC) -The State Department has hailed its “real success” in deterring Russian defense exports, claiming Moscow will come up “several billion dollars” short. Officials, however, could not specify which deals were 'derailed.'

The State Department on Tuesday praised its own efforts to punish Russia for its “malign activity” by warning countries “around the world” of the potential repercussions resulting from dealings with Moscow.

“We have spent a considerable amount of time and energy on engaging with partners, with allies, with private industry explaining what Section 231 [of the Countering America's Adversaries Through Sanctions Act] (CAATSA) meant. And demarching countries where we thought there could be potential sanctionable activity, and pushing them to stop potential deals,” a senior Department official, whose name has not been disclosed, told a media briefing.

As a result of this globe-trotting effort, “we have been able to turn off potential deals that equal several billion dollars,” the official claimed, terming the policy a “real success.”

When pressed by reporters from AFP, the Wall Street Journal, Bloomberg and CNN to provide an example of the deals torpedoed, the countries dissuaded or the exact amount of dollars Russia is set to lose, the unnamed official dodged every direct question, including that on the S-400 anti-defense system purchase by Turkey and a rumored S-400 deal between Russia and Qatar.

Asked by Josh Lederman from AP if the State Department expects the public to “take the Trump administration at its word” that sanctions are taking a heavy toll on Russia, he said the issue is too sensitive to be discussed publicly.

The unnamed official argued that not everything is about the “dollar figure,” and added that “It also can include things like significant adverse impact to national – US national security.”

He did not say whether Washington currently has plans to hit entities that deal with Russia with penalties. Monday, which was set as the date when the administration would begin imposing sanctions under CAATSA “was the start date of the race on, or after which, we could start imposing sanctions if we make the determination.”