TEHRAN, January 31 - A new study finds that the Taliban militants are openly active in 70 percent of Afghanistan’s soil, fully controlling four percent of the country and having presence in another 66 percent. 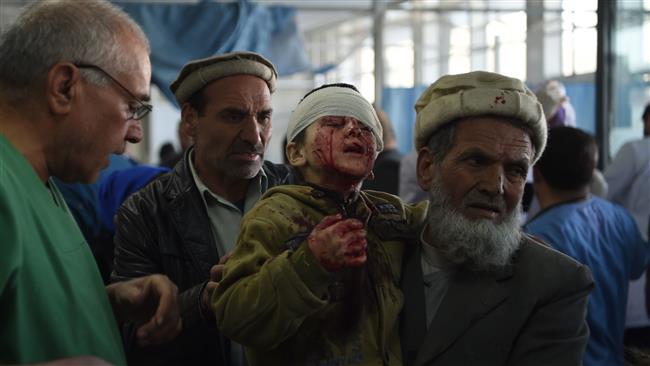 TEHRAN, Young Journalists Club (YJC) - The study released by the BBC on Tuesday shows that the Taliban forces are in full control of 14 Afghan districts (four percent of Afghanistan) and are openly active in 263 (66 percent) others.

The BBC conducted the research in 399 districts across Afghanistan between August 23 and 21 November, using a network of its reporters who spoke to over 1,200 individual local forces across the country.

The research shows that nearly 15 million people - half the population - are living in areas affected by the Taliban presence.

The results are significantly higher than the most recent assessment of 407 districts by the NATO-led coalition, which said on Tuesday that the militant group contested or controlled 44 percent of Afghan districts as of October 2017.

The BBC study said that the Afghan government controlled 122 districts, or about 30 percent of the country, but noted that even those areas are not safe from Taliban attacks.

An Afghan government spokesman has downplayed the BBC findings.

The Pentagon did not directly comment on the BBC study, but pointed to the latest figures by NATO, which shows that nearly 56 percent of Afghanistan’s territory was under Afghan government control or influence.

The BBC study also said Daesh Takfiri terrorists are also active in 30 Afghan districts in the east and the north, but they are not in control of any specific area.

The study was released amid a sharp spike in terror attacks by both and Daesh against Afghan civilians and security forces.

Even the Afghan capital is not safe Daesh and Taliban militancy.

Many parts of the country remain plagued by militancy despite the presence of thousands of foreign troops.

The United States -- under Republican George W. Bush’s presidency -- and its allies invaded Afghanistan on October 7, 2001 as part of Washington’s so-called war on terror.

The offensive removed the Taliban from power, but insecurity continues to rise across the Asian country.

In a TV debate on Press TV on Tuesday, Michael Lane, member of the American Institute for Foreign Policy, warned that Daesh militants are likely to use the security void in Afghanistan and intensify their presence in the country after they were defeated in Iraq and Syria.

“Afghanistan is an obvious choice for the defeated ISIS (Daesh) in the theaters of Syria and Iraq. They have really no place else to go. Right now Afghanistan provides something of a safe sanctuary for them,” he said.

Pointing to possible collaboration between the Taliban and Daesh militants in Afghanistan, he noted, "They (The Taliban) are not necessarily perfect allies with ISIS, but there is certainly room inside the outlined areas of Afghanistan for more than one terrorist group to operate and I think the ISIS fighters look at it as sort of a safe haven."

On Monday, Daesh gunmen launched a pre-dawn attack on an army outpost guarding a military academy in Kabul, killing at least 11 Afghan soldiers and wounding another 16.

Daesh has claimed responsibility for a number of similar attacks in Afghanistan over the past two years.