TEHRAN, January 31 - Israeli forces have shot and killed a 16-year-old Palestinian boy in the occupied West Bank in a village north of Ramallah. 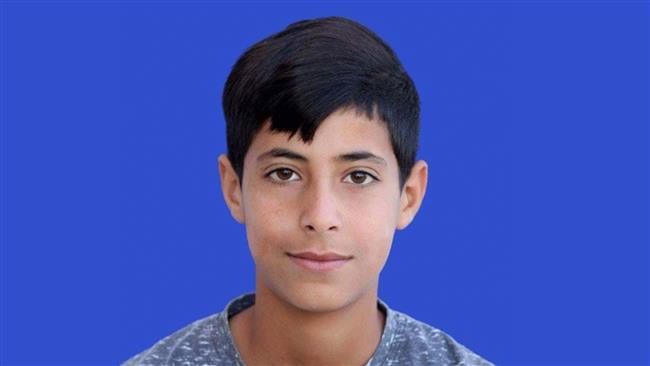 TEHRAN, Young Journalists Club (YJC) - According to the Palestinian Health Ministry, Layth Abu Naeem was shot in the head at close range by Israeli troops who had entered his village of al-Mugheir.

He died en route to a hospital in Ramallah.

“The soldiers killed him from a short range. They could have arrested him; they could have injured him; they could have shot his leg,” said his uncle. “But the soldier meant to kill him. The bullet went through his eye and through the back of his head."
The Israeli military regularly opens fatal fire on Palestinians, accusing them of attempting to carry out stabbing attacks against its forces.

Human rights groups have repeatedly criticized the Tel Aviv regime for its policy of shoot-to-kill as a large number of the Palestinians killed at the scene of attacks did not pose serious threats to Israelis.