TEHRAN, January 31 - Iranian Foreign Minister Mohammad-Javaz Zarif said that Trump once again confirmed his ignorance of Iran and the region, condemning his biased, hostile remarks in the State of the Union. 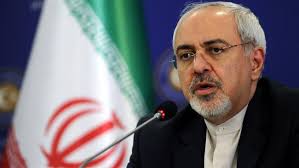 TEHRAN, Young Journalists Club (YJC) - “Trump again confirms his ignorance of Iran & region. Everyone knows where he stands; and its certainly not with Iranians, Zarif wrote in his official tweeter account.

“His ‘virtuous’, ‘democratically-elected’ clients in our region may cheer, but not those on receiving end of their tyranny & weapons, incl Yemeni children,” he wrote.

He made the remarks after US President Donald Trump made hostile comments against Iran in State of the Union. 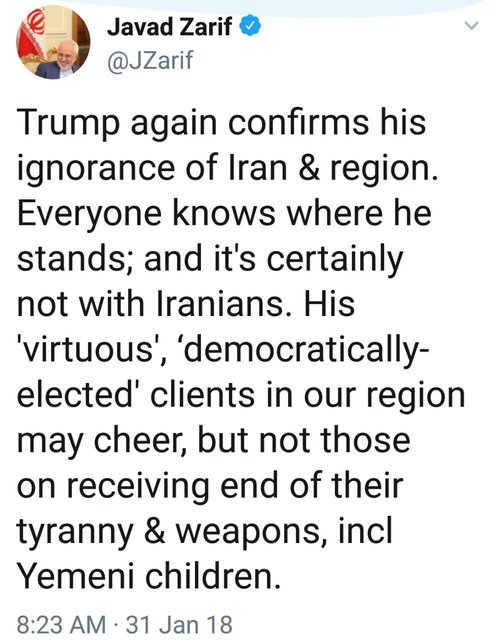 Trump claimed that America stands with the people of Iran in their struggle for freedom.