TEHRAN, January 31 -U.S. private equity firm Blackstone Group LP catapulted itself into the major leagues of Wall Street’s financial information industry on Tuesday with the acquisition of a majority stake in the Financial and Risk business of Thomson Reuters Corp. 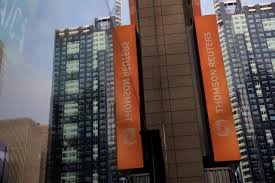 TEHRAN, Young Journalists Club (YJC) -U.S. private equity firm Blackstone Group LP catapulted itself into the major leagues of Wall Street’s financial information industry on Tuesday with the acquisition of a majority stake in the Financial and Risk business of Thomson Reuters Corp.

Blackstone will acquire a 55 percent stake in a newly hived off F&R business, a statement from both companies said. Thomson Reuters will retain a 45 percent holding and will receive approximately $17 billion, including about $3 billion in cash and $14 billion of debt and preferred equity issued by the new business, the companies said.

The  deal will give Thomson Reuters, controlled by Canada’s Thomson family, a formidable ally as it seeks to reinvigorate a business facing challenges from a shrinking and budget-conscious customer base.

Blackstone has a track record of cutting costs and, as one of the world’s biggest investors, it has business relationships with most of the major banks on Wall Street that are clients for Thomson Reuters’ flagship desktop product Eikon.

The partnership will be managed by a 10-person board composed of five representatives from Blackstone and four from Thomson Reuters. The President and CEO of the new partnership will serve as a non-voting member of the board following the closing of the transaction. The companies did not say who that person would be.

Thomson Reuters has relied heavily on cost cutting in recent years as its core customers, including banks, brokerages and investment houses, retrench in the face of weak trading conditions, tougher regulations and the rise of passive investing.

U.S.-listed shares of Thomson Reuters were up 2.2 percent at $47.52 in extended trading, after rising 7.1 percent in the regular session, while shares of Blackstone were down 0.2 percent after the bell.

As talks between the two sides intensified, the biggest sticking point had been what the partnership would mean for Reuters News, the international news agency, which supplies the Eikon terminal with headlines, stories and analysis, said the two sources, who spoke on condition of anonymity.

One issue centered around the Thomson Reuters Trust Principles, which commits Reuters to preserving its “independence, integrity, and freedom from bias” in supplying news.

In an interview, Kim Williams, chairman of the Thomson Reuters Founders Share Company, said “we are satisfied that the nature of the contract ensures that appropriate quality of editorial is sustained.”