Iran's renewable power capacity to rise to 1,000 MW this year

TEHRAN, January 31 - Iran’s renewable energy capacity will grow to 1,000 megawatts (MW) in the next Persian year which begins on March 20, a deputy energy minister said. 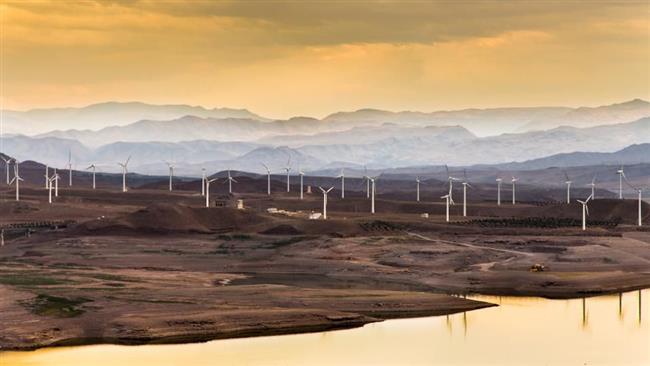 TEHRAN, Young Journalists Club (YJC) - The country has currently 400 MW of renewable capacity in place but it has signed a raft of agreements, mostly with European companies, to produce more green energy.

“With the installation of new solar and wind power plants and the private sector’s investment, this capacity will increase to 1,000 megawatts from next year,” Homayoun Haeri was quoted as saying Wednesday.

“Iran is a country with sufficient sun and wind, where it should be able to generate 1,000 MW of solar and wind power a year and increase this capacity every year,” he added.

Iran is the most advanced in its development of renewable energy in the Middle East, mostly due to its past investments in hydropower schemes. Over the past few years, there has been a push to establish other greener capacities ranging from wind power to solar farms and burning biomass and waste to heat homes.

Home to some of the world’s largest oil and gas resources, Iran has been working to reduce the use of fossil fuels which are taking a heavy toll on its environment. However, the main motivation is likely economic.

Subsidized oil and gas for a population of more than 80 million is making the cost of fossil fuels prohibitively expensive. Recent scattered protests in some cities came following reports that the government planned to raise gas prices.

Besides, the less oil consumed at home will release more oil and gas for exports – a target which the government is earnestly pushing for.

As a result, solar plants are already sprouting up across the desert in Iran’s east and south.

UK renewables investor Quercus signed another deal worth over half a billion euros in September to build and operate a 600 MW solar farm in Iran.

Dutch energy firm Global Renewables Investments (GRI) is about to build up solar and wind farms that could produce up to 1,700 MW of electricity while German, Italian and Greek companies are advancing their own renewable schemes.

“The capacity of Iran’s electricity grid is 80,000 MW and we can produce about 20,000 MW of this capacity through wind and solar power, which is attainable in the coming years,” Haeri said.